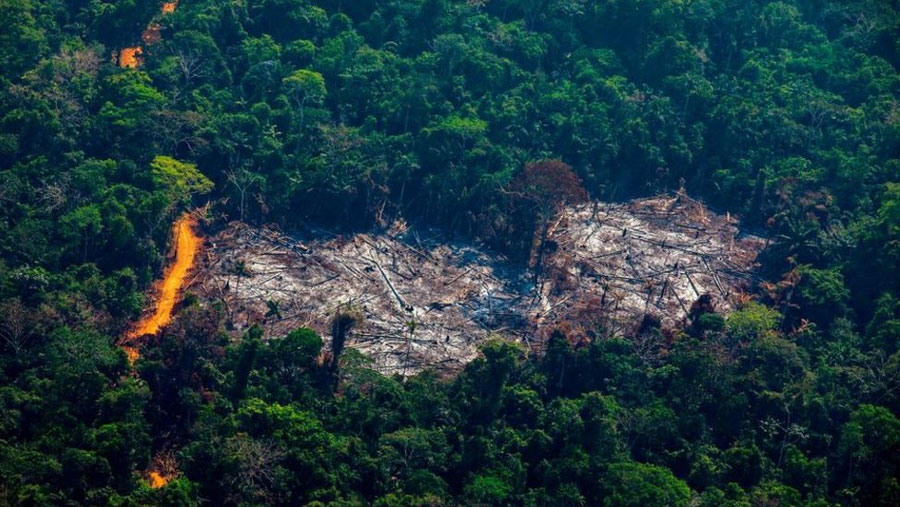 Deforestation of the Amazon rainforest in Brazil has surged to its highest level since 2008, the country's space agency (Inpe) reports.

The Amazon is a vital carbon store that slows down the pace of global warming.

Scientists say it has suffered losses at an accelerated rate since Jair Bolsonaro took office in January 2019.

The Brazilian president has encouraged agriculture and mining activities in the world's largest rainforest.

The Amazon is home to about three million species of plants and animals, and one million indigenous people.

The latest data marked a major increase from the 7,536 sq km announced by Inpe in 2018 – the year before Mr Bolsonaro took office.

The new figures are preliminary, with the official statistics set to be released early next year.

Brazil had set a goal of slowing the pace of deforestation to 3,900 sq km annually by 2020.

In addition to encouraging development in the rainforest, President Bolsonaro has also cut funding to federal agencies that have the power to fine and arrest farmers and loggers breaking environmental law.

Mr Bolsonaro has previously clashed with Inpe over its deforestation data. Last year, he accused the agency of smearing Brazil's reputation.