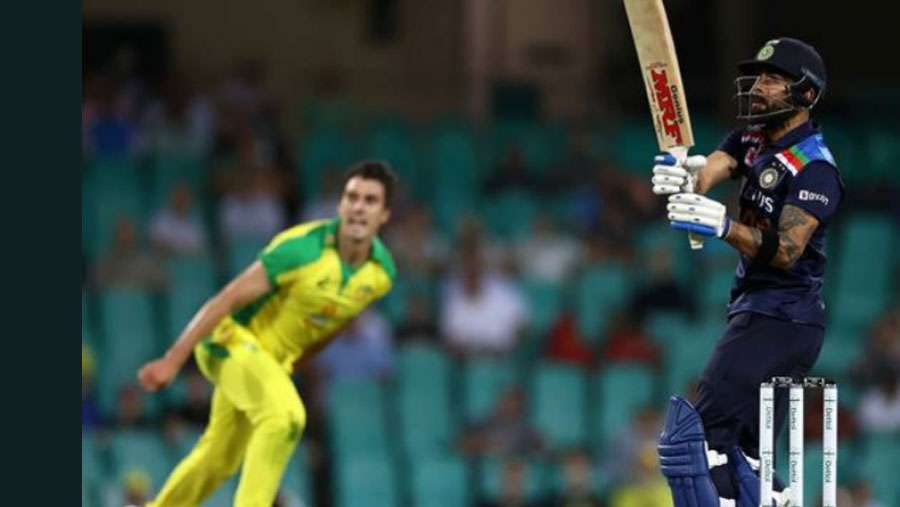 In the second ODI of three-match series, Australia beat India by 51 runs to take an unassailable 2-0 lead at the Sydney Cricket Ground on Sunday (Nov 29). Steve Smith (104) struck his second successive hundred of the series to set up the home side's win. Skipper Virat Kohli was top-scorer for India with his 89-run knock while KL Rahul contributed 76 runs. Australia had won the series-opener by 66 runs on Friday. The inconsequential third ODI will be played in Canberra on Wednesday.

India have been outclassed once again with hosts Australia taking an unassailable 2-0 series lead, following a 51-run victory in the second ODI in Sydney.

Chasing a mammoth target of 390, India were restricted to 338/9 after another century from Steve Smith took Australia to 389/4 batting first.

Openers Finch and Warner again gave them a solid start with a 142 run stand before Finch fell to Shami.

Warner looked set for a big one but he was run out on 83 in the 26th over. Steve Smith though started from where he had left off in the last match, scoring his second straight century. Smith smashed 104 off 64 balls, reaching three figures in just 62 balls for the second consecutive time in this series. He put up 136 runs with Marnus Labuschagne, which was the second century partnership for Australia.

Hardik Pandya had to make his bowling comeback to eventually end Smith’s run.

But there was a late surge as well with Maxwell and Labuschange adding 80 runs for the fourth wicket. In fact, both made half centuries as Australia posted 389/4.

In reply, India started with a 58-run stand between openers Mayank Agarwal and Shikhar Dhawan. The pair departed within a few balls of each other after which captain Virat Kohli anchored the middle order. Kohli and Shreyas Iyer steadied the ship for the visitors and just as they were looking to shift gears, the latter fell to Moises Henriques thanks to a stunning catch by Smith at deep midwicket.

Kohli soldiered on with KL Rahul at other end before falling to a brilliant catch, this time by Henriques himself, at midwicket again off Josh Hazlewood. Kohli made 89 off 87 balls, putting up partnerships of 93 with Iyer and 72 with Rahul.

Rahul and Hardik Pandya then put up 63 for the fifth wicket but both succumbed to the pressure that came with the rising required run rate.