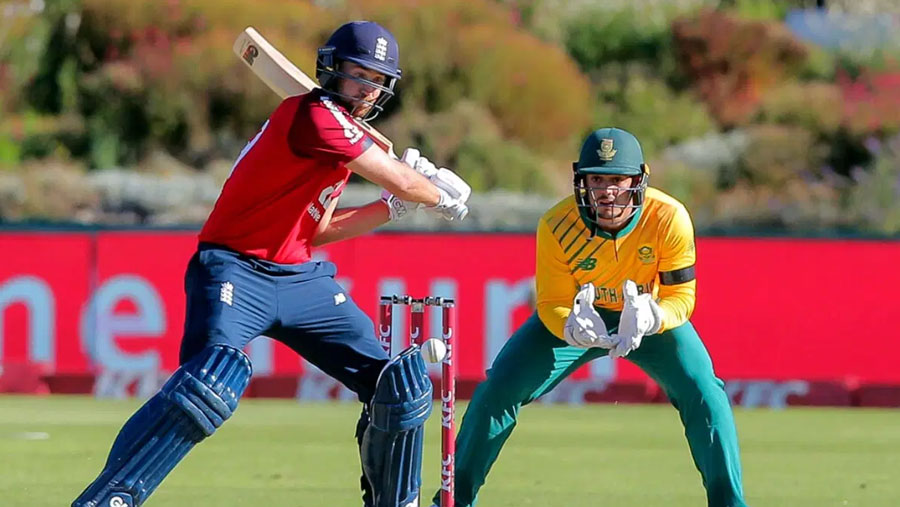 Dawid Malan helped England edge to a four-wicket win over South Africa in the second Twenty20 to wrap up the series with a game to spare.

Malan fell with 13 runs needed but captain Eoin Morgan marshalled his side over the line with one ball remaining.

Malan, playing on the ground where he made his first-class debut, paced himself well, hitting seven fours and one six to reduce England's target to a run a ball.

The Proteas seemed to have the match in their grasp at the halfway stage of England's chase, but once again fell short in the key moments.

The final match of the series takes place in Cape Town on Tuesday at 16:00 GMT.