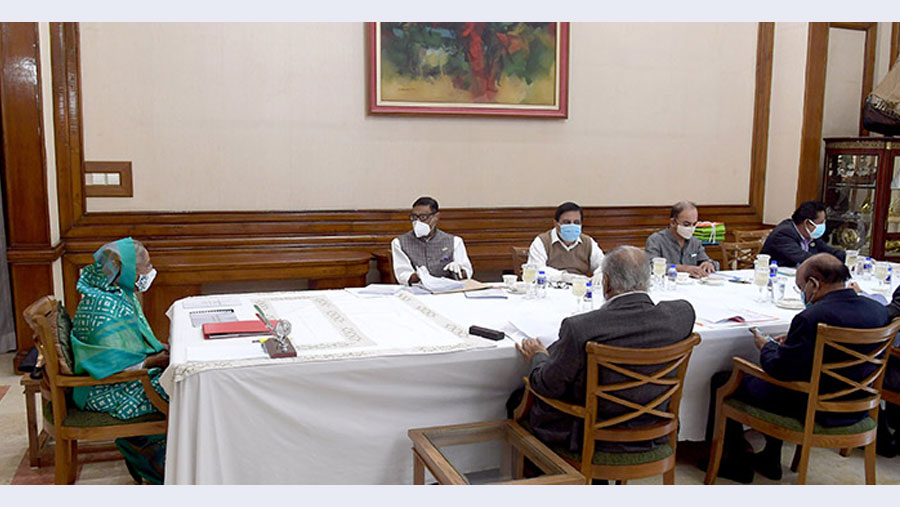 Ruling Bangladesh Awami League on Saturday (Nov 28) finalized candidates for 25 municipalities for the first phase elections scheduled to be held on Dec 28. This decision was finalized at a meeting of the Awami League Local Government Nomination Board held at the party president and Prime Minister Sheikh Hasina’s official residence Ganabhaban in Dhaka in the afternoon. Awami League President and Prime Minister Sheikh Hasina presided over the meeting, said a press release.

The elections to all municipalities will be completed by March and April next year in four to five phases. The voting, to be conducted through the Electronic Voting Machine (EVM), will begin from 8 a.m. and continue till 4 p.m. without any break.

The country’s total municipalities are 329 where 286 are prepared for elections and the rest 43 municipalities have different complexities and cases, according to local media reports.

After amendment of the local government act, the municipality election was held in the country in 2015. A total of 20 political parties took part in the election.

Awami League is now working to choose its candidates for the upcoming polls to the local government bodies, including three Zila Parishads (district councils), nine Upazila Parishads, and 61 Union Parishads across the country.