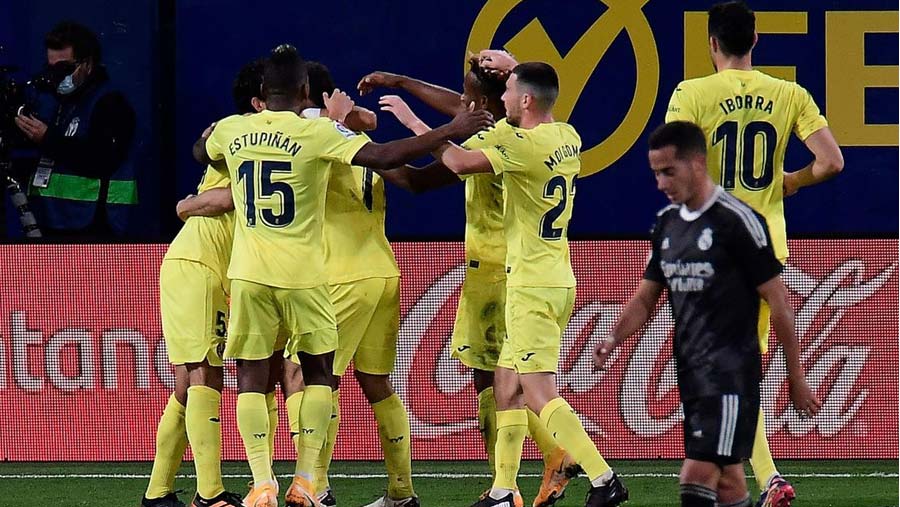 Real Madrid were pegged back in the second half to draw 1-1 against Villarreal, having taken the lead through Mariano after two minutes on Saturday (Nov 21). Victory for Unai Emery's Villarreal would have seen them overtake Real Sociedad at the top of the table, while Madrid had the chance to move up two places to second.

The visitors took the lead early on as Mariano headed in from Dani Carvajal's cross. Villarreal played appealed for offside, but the decision stood and Madrid were 1-0 ahead.

Madrid appeared in control for much of the match, but the momentum swung after 61 minutes when Emery made a triple substitution by bringing on Samuel Chukwueze, Pervis Estupinan and Yeremi Pino and Villarreal appeared to look more likely to score.

The equaliser eventually came on 76 minutes as Madrid gave away another penalty, having conceded three in their last match against Valencia.

Gerard Moreno scored from the spot after Madrid goalkeeper Thibaut Courtois had brought down Chukwueze.

Madrid manager Zinedine Zidane was disappointed to only pick up a draw following his side's performance.

"It's not a good point," the Frenchman said after the match. "We deserved more for the effort in the first half. We dropped two points. It was a bit of everything."

Zidane will have been pleased not to have picked up any more injuries ahead of Wednesday's crunch Champions League Group B clash against Inter Milan.

Villarreal continue their impressive start to the season as they sit second in the LaLiga table.