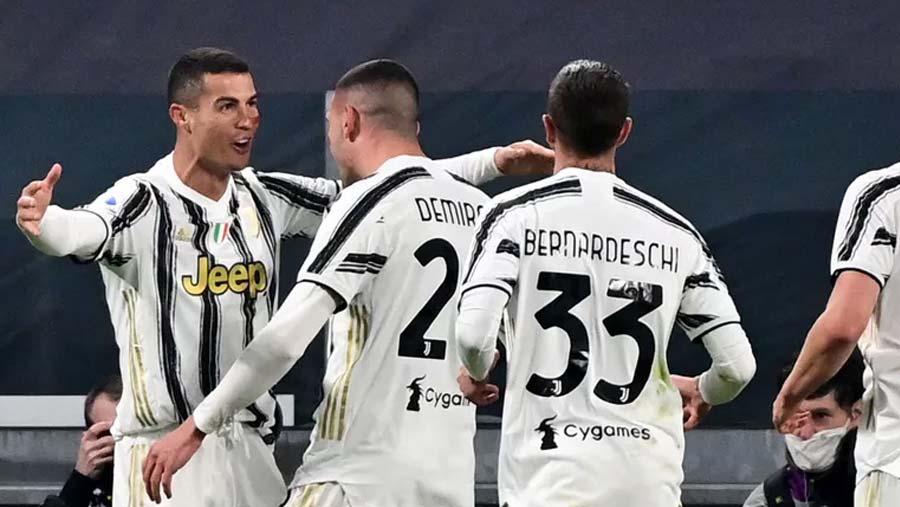 Cristiano Ronaldo continued his scoring streak with another two goals as Juventus won 2-0 against Cagliari to move second in Serie A on Saturday (Nov 21). Ronaldo has now scored eight goals in his last five matches.

Juventus moved a point below league leader AC Milan, which visits Napoli on Sunday. Third-place Sassuolo is a point further back ahead of its match against Hellas Verona.

Atalanta and Lazio are among four clubs on 14 points, three fewer than Milan. Lazio won 2-0 at Crotone earlier Saturday and Atalanta was surprisingly held 0-0 at Spezia.

Juventus attacked from the start and Federico Bernardeschi thought he had given his side an early lead but it was ruled out as Alvaro Morata was offside in the buildup.

The hosts finally made the pressure count seven minutes before the interval when Morata found Ronaldo, who cut in from the left and fired into the far bottom corner.

Ronaldo doubled his tally four minutes later after a corner was flicked onto him by Merih Demiral.

Juventus had chances to extend its advantage in the second half, notably when Demiral headed off the crossbar.