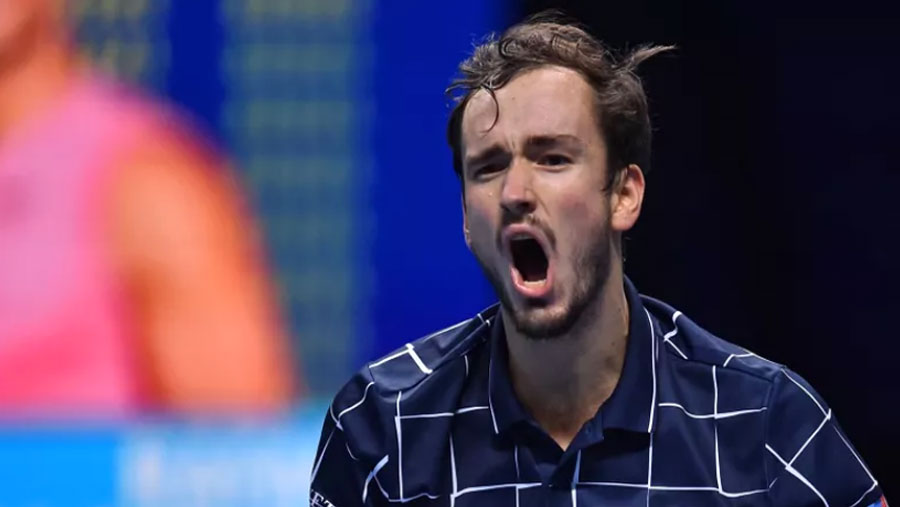 Daniil Medvedev recovered to beat Rafael Nadal for the first time in his career and reach the final.

Rafael Nadal and Novak Djokovic were knocked out of the ATP Finals as Daniil Medvedev and Dominic Thiem set up a title decider. World number two Nadal served for the match at 5-4 in the second set but Russia's Medvedev hit back brilliantly to win 3-6 7-6 (7-4) 6-3 in London. He was the more aggressive player throughout and was composed in the decider as errors came from Nadal.

Unlike Thiem, Medvedev, who had never beaten Nadal, is unbeaten throughout the week at the O2 Arena.

Neither man has won the season-ending event before but Thiem will start Sunday's final as the narrow favourite, having won his first Grand Slam at the U.S. Open in September.

Were world number four Medvedev to win, it would be the biggest victory of his career.

For 20-time Grand Slam champion Nadal, defeat ended his hopes of winning the tournament – one of the few prizes missing from his glittering CV – for the first time.