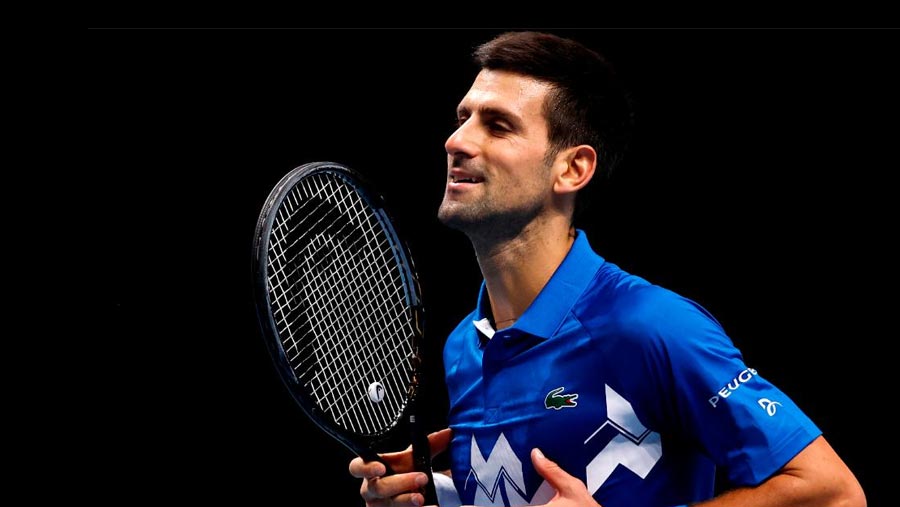 Novak Djokovic moved past Alexander Zverev in straight sets to reach the last four of the ATP Finals. The Serb world number one beat German Zverev 6-3 7-6 (7-4) at the O2 Arena in London.

Djokovic, 33, seeking a record-equalling sixth title at the end-of-season tournament, was pushed much more in the second set but raised his level at the crucial time in the tie-break.

He will play Dominic Thiem in the last four on Saturday at 14:00 GMT.

U.S. Open champion Thiem progressed as winner of Group London 2020 with Djokovic going through in second position in Group Tokyo 1970.

Russian fourth seed Daniil Medvedev was already assured of topping the group after beating Djokovic on Wednesday, but there was no drop in his level as he beat Argentina's Diego Schwartzman 6-3 6-3 in their dead rubber.

After winning the Paris Masters last week, Medvedev continued his impressive form as he breezed through the group stage without dropping a set.

Medvedev, 24, will meet Spanish second seed Rafael Nadal – who is aiming for the first ATP Finals title of his illustrious career – in Saturday's second semi-final at 20:00 GMT.