Wijnaldum winner not enough for Dutch 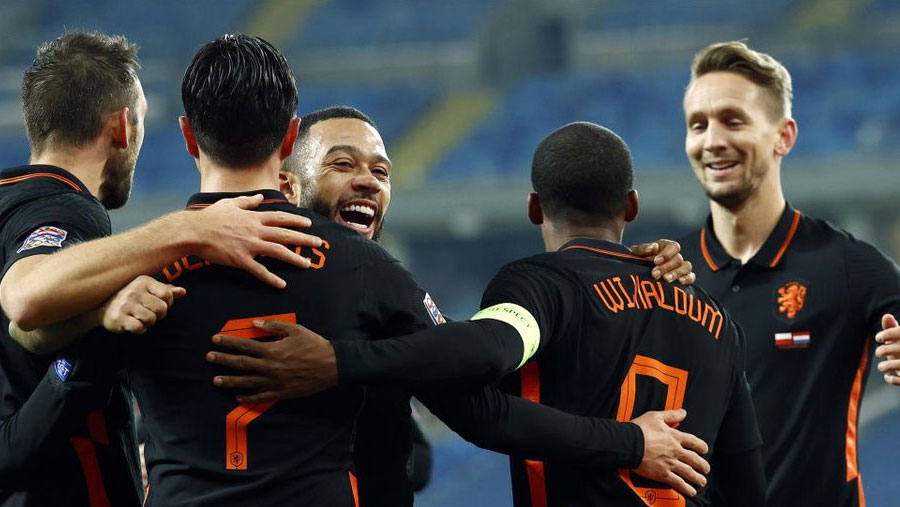 The Netherlands came from a goal down to beat Poland 2-1 in the Nations League on Wednesday (Nov 18), but it was not enough to earn last year’s runner-up a place in the finals. The result in Poland was ultimately irrelevant as Italy beat Bosnia 2-0 in Sarajevo to win Group 1 by a single point ahead of the Dutch and advance to the Final Four.

Georginio Wijnaldum scored a late winner against Poland but it was not enough to send the Netherlands into the Nations League finals.

Kamil Jozwiak had put Poland ahead in the first half but Memphis Depay equalised from the penalty spot with 13 minutes remaining.

Wijnaldum's header in the closing stages gave the visitors the win.

However, Italy's 2-0 against Bosnia-Herzegovina meant the Azzurri finished as Group A1 winners.

Andrea Belotti and Domenico Berardi got the goals for the Italians, who join Belgium, France and Spain in the Nations League finals, which take place in October next year.

While the Netherlands failed to progress the victory was their second in a row under new boss Frank de Boer, who had failed to win any of his first four games in charge.