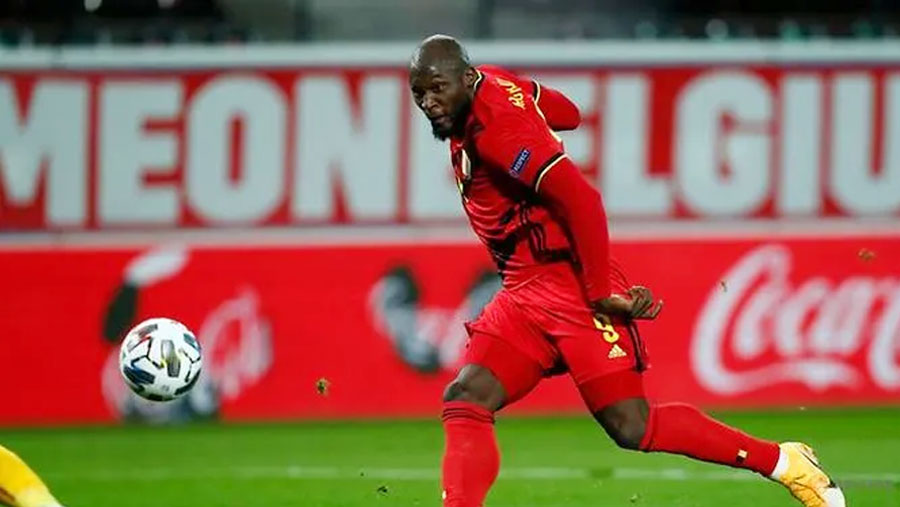 Romelu Lukaku underlined his status as Belgium’s key attacker with two goals to help his team book their place in next year’s Nations League finals with a 4-2 home victory over Denmark on Wednesday (Nov 18).

Romelu Lukaku scored twice as Belgium secured their place at the Nations League finals with victory against Denmark.

Youri Tielemans opened the scoring after just three minutes with a drilled finish. Jonas Wind headed in an equaliser but Lukaku turned in Kevin de Bruyne's pass before heading home a third.

A Nacer Chadli own goal reduced the deficit but De Bruyne swept in a fourth for Belgium.

The victory means Roberto Martinez's side, who beat England 2-0 on Sunday to end the Three Lions' hopes of reaching the finals, finish top of Group A2.

They join France, Spain and Italy in the finals, which will take place in October 2021.