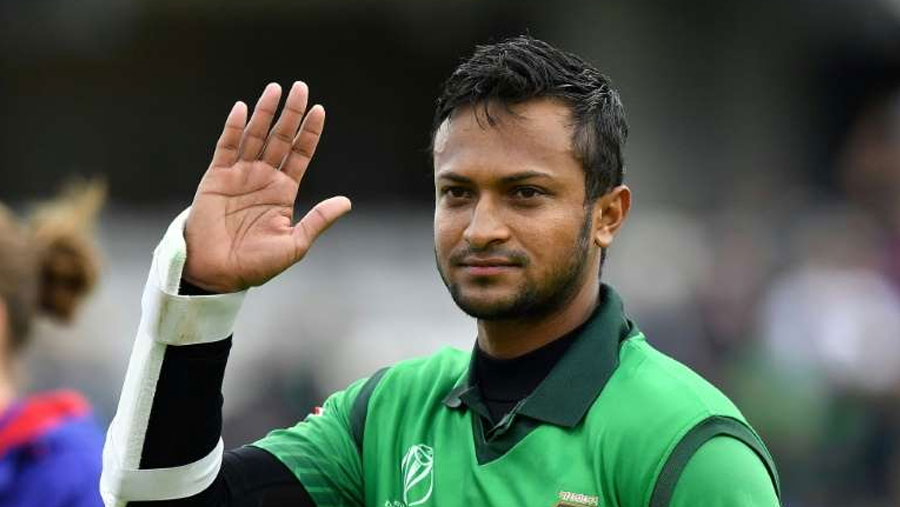 All-rounder Shakib Al Hasan got an armed security guard after receiving a death threat. The Bangladesh Cricket Board (BCB) has made this arrangement as part of his personal security, local media reported citing BCB CEO Nizam Uddin Chowdhury.

“Since he has been threatened through social media, this measure has been taken as part of his security,” said the CEO.

Terming, the incident a matter of concern, Nizam Uddin further said, “Of course, the matter is worrying. Such a thing can never be desired. We took immediate action after learning this. We have talked to the concerned authority. They are also taking action as soon as possible.”

A man, named Mohsin Talukdar from Talukdarpara area in Shahpur under Sylhet Sadar upazila, threatened to kill Shakib Al Hasan on a Facebook live video on Nov 15 after 12 a.m.

He was seen brandishing a sharp weapon – threatening the all-rounder for “inaugurating” a puja mandap in India’s Kolkata on Thursday.

In the video, Mohsin mentioned his name and said that Shakib has “hurt religious sentiments of Muslims by inaugurating a puja mandap and he must be killed”.