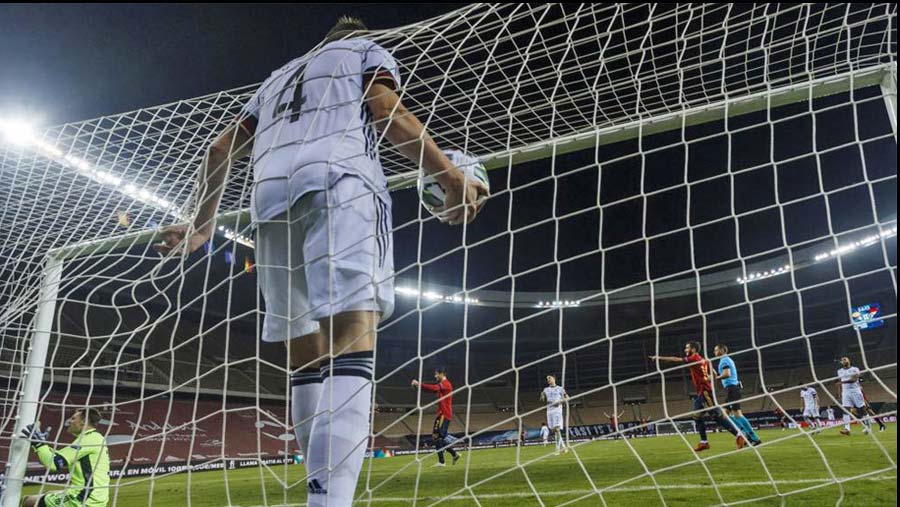 Spain handed Germany its worst defeat in a competitive match on Wednesday (Nov 17), winning 6-0 to advance to the Final Four of UEFA’s Nations League. Ferran Torres scored a hat trick to lead Spain to the historic victory in the decisive match in Group 4.

Alvaro Morata headed in Spain's first goal, before Torres volleyed home emphatically. Rodri made it three with a guided header, and Torres slotted in a fourth before curling home the fifth. Mikel Oyarzabal's tap-in made it 6-0.

Spain and France will be joined by either Belgium or Denmark from Group A2 and Italy, the Netherlands or Poland from Group A1.

Germany’s only five-goal loss in a competitive game had been West Germany’s 8-3 defeat to Hungary at the 1954 World Cup group stage. West Germany went on to beat Hungary in the final. In non-competitive matches, Germany had also lost 6-0 to Austria in a friendly in 1931.

The victory ended a three-match winless streak for Spain, which hasn’t gone four games without a win since the late 1980s.