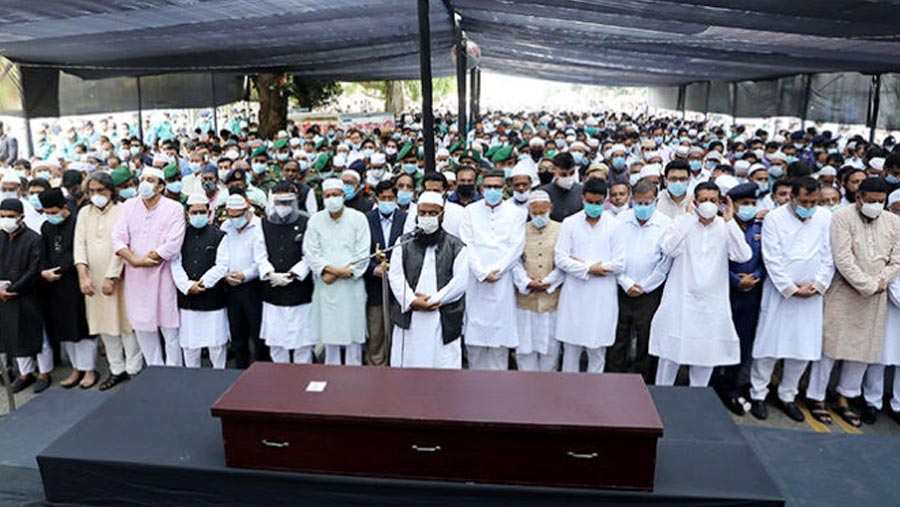 Razia, wife of Father of the Nation Bangabandhu Sheikh Mujibur Rahman’s younger brother Sheikh Abu Naser, breathed her last at the Evercare Hospital in the city’s Bashundhara residential area on Monday night at the age of 83. She had been undergoing treatment for old age complications at the hospital since Nov 3.

Razia left behind her five sons, two daughters and a host of relatives and admirers to mourn her death.

Prime Minister Sheikh Hasina expressed profound shock and sorrow on Monday night at the death of her aunt Sheikh Razia Naser immediately after her demise.

In a condolence message, the premier prayed for eternal peace of the departed soul and conveyed deep sympathy to the bereaved family.