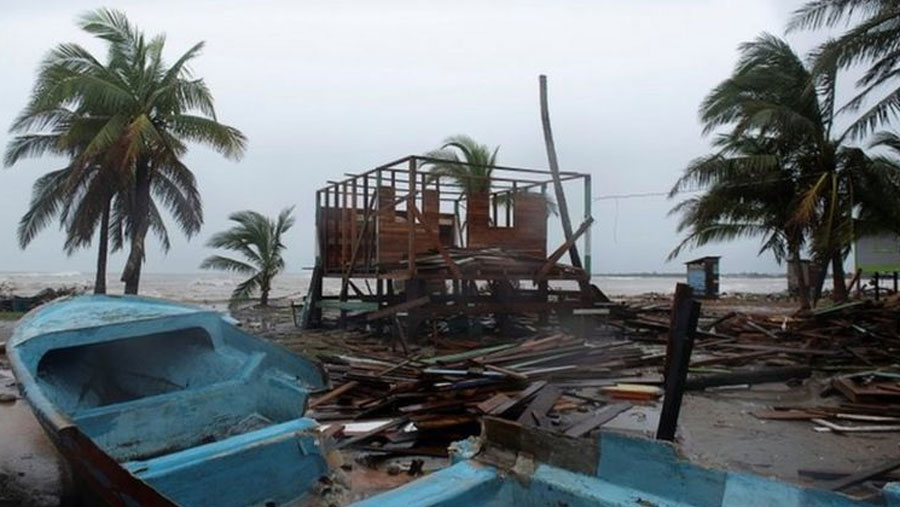 Hurricane Iota is lashing the coast of Nicaragua less than two weeks after another devastating storm hit. The U.S. National Hurricane Center (NHC) said the storm's western eye had crossed the coast on Monday (Nov 16) evening.

It had strengthened at sea to a category five storm before hitting the coast, with maximum sustained winds of up to 160mph (260km/h).

The NHC warned of "catastrophic winds, [a] life-threatening storm surge, and torrential rainfall".

Iota is the strongest Atlantic hurricane of the year and only the second November hurricane to reach category five – the last was in 1932.

Honduras, Guatemala and Nicaragua have evacuated residents living in low-lying areas and near rivers in the Atlantic coastal region which Iota is expected to hit.

The effect of the rains could be particularly devastating in areas already drenched by Hurricane Eta two weeks ago.

Eta left at least 200 people dead. The worst-hit area was Guatemala's central Alta Verapaz region, where mudslides buried dozens of homes in the village of Queja, with some 100 people feared dead.

At least 50 deaths were reported elsewhere in Guatemala.