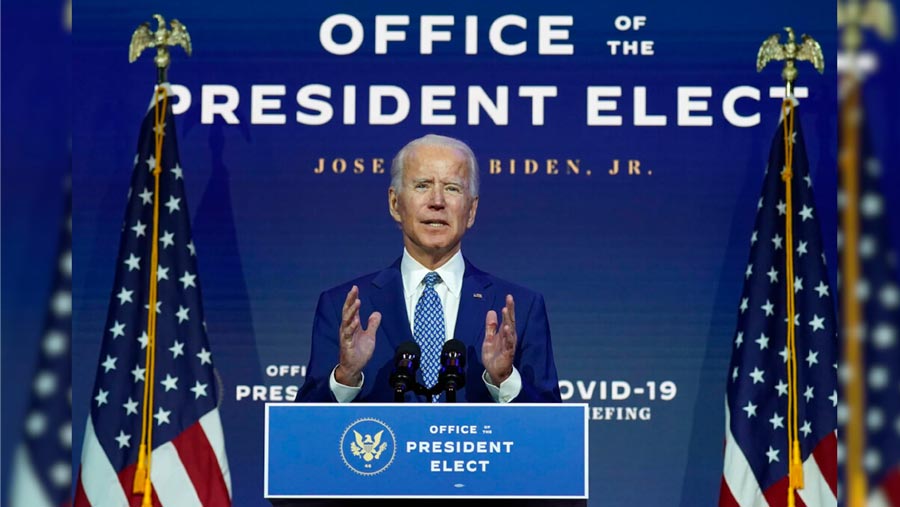 President-elect Joe Biden has implored all Americans to wear face masks as he warned of a "dark winter" in the US due to the coronavirus pandemic. Mr Biden made the remarks as the country passed 10 million confirmed cases, according to data compiled by Johns Hopkins University.

Expressing a message of unity, he said: "I implore you, wear a mask. Do it for yourself. Do it for your neighbour. A mask is not a political statement. But it is a good way to start pulling the country together.

"The goal of mask wearing is not to make your life less comfortable, or to take something away from you. It is to give something back to all of us, a normal life."

Mr Biden also claimed that many lives could be saved – in a nation which has been hit by deep divisions during the presidential campaign.

He said: "It doesn't matter who you voted for, we can saved tens of thousands of lives if everyone wears a mask in the next few months."

During the pandemic, there have been over 237,000 deaths in the US – the highest of any country in the world.

Mr Biden, who was frequently seen wearing a mask during the White House race in stark contrast to his rival Donald Trump, said the challenge facing the country over coronavirus is still "immense" and "growing" - despite news of a vaccine breakthrough.

The one being developed by Pfizer and BioNTech has been found to be 90% effective in preventing people from getting the virus.

Mr Biden has welcomed the announcement but he cautioned that Americans still need to take mask wearing and social distancing seriously.

And he said any effective vaccine would not be widely available for many months to come.

Mr Biden, who won't officially become America's next leader until his inauguration in January, has been briefed on the epidemic by his newly-appointed taskforce of medical experts.

He and vice president-elect Kamala Harris took notes during the virtual briefing at a theatre in Wilmington, Delaware, as the members introduced themselves.