Covid-19 vaccine should be free for LDCs, developing countries: PM 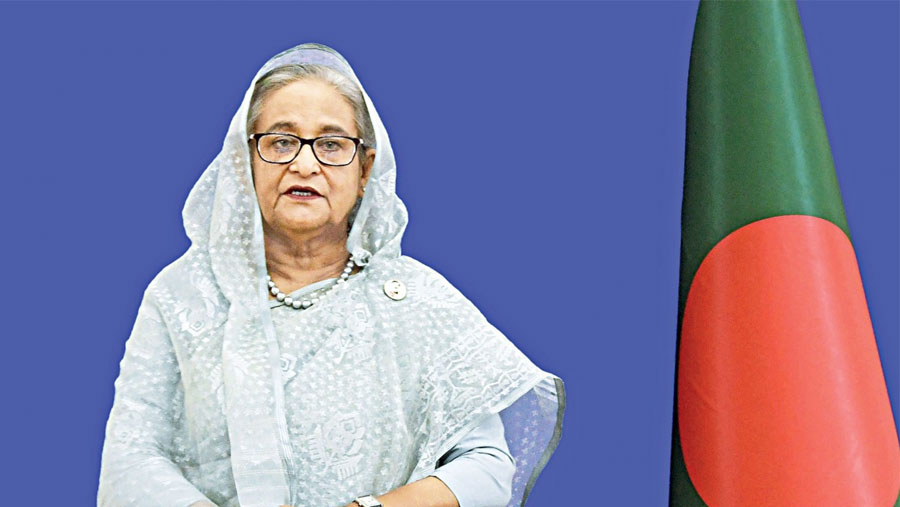 “We are hoping the world is going to get effective vaccines against Covid-19 soon. These vaccines must be made available for all countries, especially the LDCs and developing ones, at free of cost,” she said.

“The rich countries and, the MDBs and IFIs should come forward with generous support in this regard,” said the PM while inaugurating the 14th international conference of the Finance Ministers of ASEM member countries in the afternoon.

Bangladesh hosted the meeting on virtual platform which the PM opened by delivering a pre-recorded video message, local media reported.

Emphasizing on more collaboration to conquer any hurdle on the path of prosperity during this difficult time, Sheikh Hasina said “not isolation but collaboration can help overcome any crisis.”

And the advanced economies must fulfill their unmet promises concerning duty-free and quota-free market access as well as technology support for developing countries, she added.

Urging the G-7, G-20, OECD countries, MDBs and IFIs to play their vital role to bail out the affected LDCs and developing nations, she said they will have to come forward with increasing fiscal stimulus, concessional finance and debt relief measures.

The PM said the Covid-19 pandemic has wrought devastated impacts on the health systems and the economies of all countries.

The world economy particularly the LDCs and developing countries are the worst-hit by the pandemic and vast majority of the people are suffering from loss of income and employment, she said.

Sheikh Hasina said poverty situation is worsening and health sector is facing serious challenges while progress in achieving SDGs and hard-earned prosperity of most countries is at stake.

About Bangladesh’s efforts for advancing its economy, the Prime Minister said Bangladesh achieved a sustained high growth in last one decade and also attained tremendous progress in some socio-economic indicators.

The government also adopted “Vision 2041” aiming to elevate Bangladesh to an upper middle income country by 2031 and a developed one by 2041, she said, adding the country was well on track to achieve SDGs.

But the pandemic made a serious dent on the advancements despite her government’s all out efforts to contain the spread of coronavirus, she said.

A large stimulus package was launched to recover from the economic losses, she continued.

Sheikh Hasina elaborated her government has so far announced 21 stimulus packages equivalent to US$ 14.14 billion for various sectors of the country’s economy as well as support to different segments of the society.

The PM expressed satisfaction as the economy has started recovering after suffering an initial setback for few months.

In this regard, she highlighted latest trends in the export, remittance and agricultural production which indicate that the economy is now getting back on track towards the sustained growth path.

Finance Minister AHM Mostafa Kamal gave the welcome address while Vice Presidents of World Bank and ADB as well as IMF’s Deputy Director for the Asia-Pacific region delivered keynote speeches at the conference.

The Asia-Europe Meeting (ASEM) is an intergovernmental process established in 1996 to foster dialogue and cooperation between Asia and Europe.