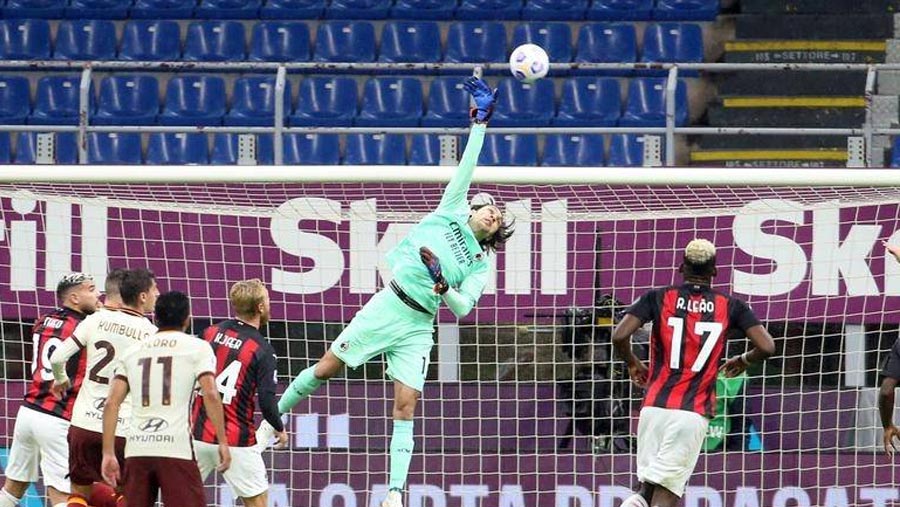 AC Milan lost their 100% record in Serie A when a defiant AS Roma came from behind three times to draw 3-3 in a game featuring two controversial penalties and another Zlatan Ibrahimovic brace on Monday (Oct 26). Ibrahimovic took his Serie A tally to the six from only three games, having missed two matches with a Covid-19 infection.

Zlatan Ibrahimovic scored twice but was unable to prevent Milan dropping points for the first time this season as they drew 3-3 with Roma.

Ibrahimovic made it 3-2 as he converted from the spot but Marash Kumbulla equalised late on.

The point extends Milan's lead over Napoli at the top of Serie A to two points.

Swedish striker Ibrahimovic, who recovered from coronavirus earlier this month, has scored six goals in three games so far this season.

Earlier on Monday, Milan announced that goalkeeper Gianluigi Donnarumma had tested positive for coronavirus and he was replaced in the side by veteran Ciprian Tatarusanu, who was at fault for the first Roma goal.