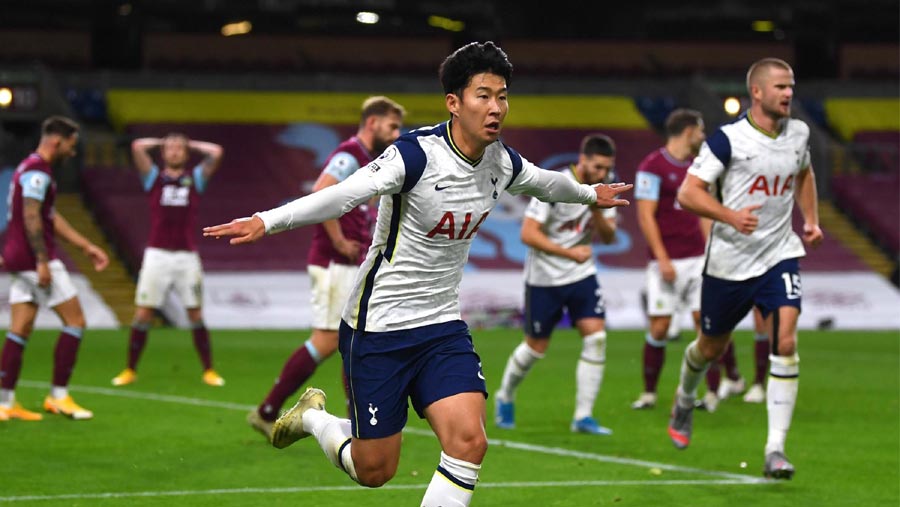 Son Heung-min's prolific start to the season continued with his 76th minute header giving Tottenham Hotspur a 1-0 win at winless Burnley in the Premier League on Monday (Oct 26) and moving Jose Mourinho's side up to fifth. The South Korean was left unmarked at the back post to nod home his eighth league goal of the season after Harry Kane had flicked on an Erik Lamela corner to give Mourinho's side a third win in six games.

Son Heung-min and Harry Kane linked up yet again for the only goal as Tottenham Hotspur claimed a fortunate win away to Burnley F.C. Kane headed Erik Lamela's pass into the path of Son, who headed home Spurs' first effort on target.

That is the 29th time the pair have combined for a Premier League goal, while Son is now the division's leading scorer with eight.

Burnley were unfortunate to lose with Ashley Barnes having a goal ruled out for offside and Kane clearing a James Tarkowski header off the line.

Sean Dyche's Clarets remain in the relegation zone on one point, while Spurs move up from 11th to fifth.