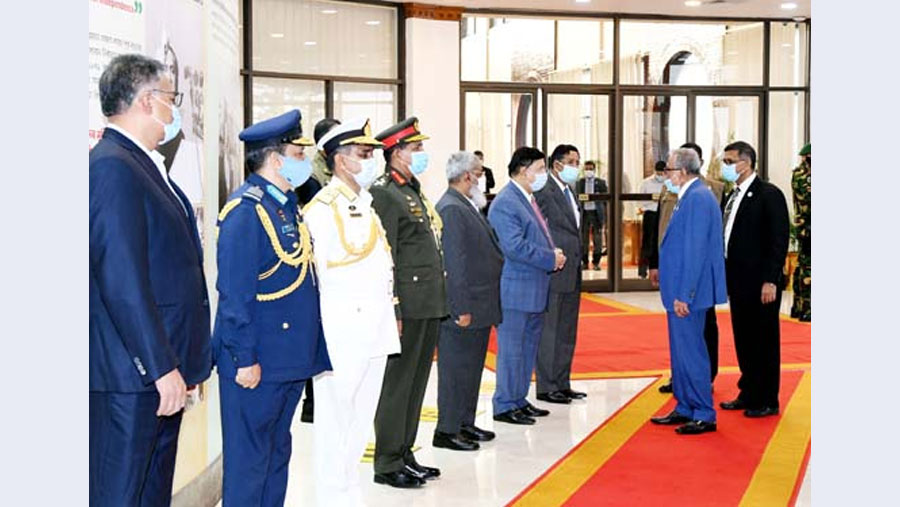 President Md Abdul Hamid returned home this morning after a health check-up at a hospital in Dubai of the United Arab Emirates (UAE).

Earlier, the head of the state left the country for Dubai on Oct 14 for health check-up and eye treatment. He underwent his check-up at American Hospital in the UAE.

The 76-year-old President Hamid has been suffering from glaucoma for long. He used to have his regular health check-up in London while he was the Speaker in the Jatiyo Sangsad (National Parliament).

President’s spouse Rashida Khanam and secretaries concerned to the Bangabhaban accompanied him during his overseas treatment.