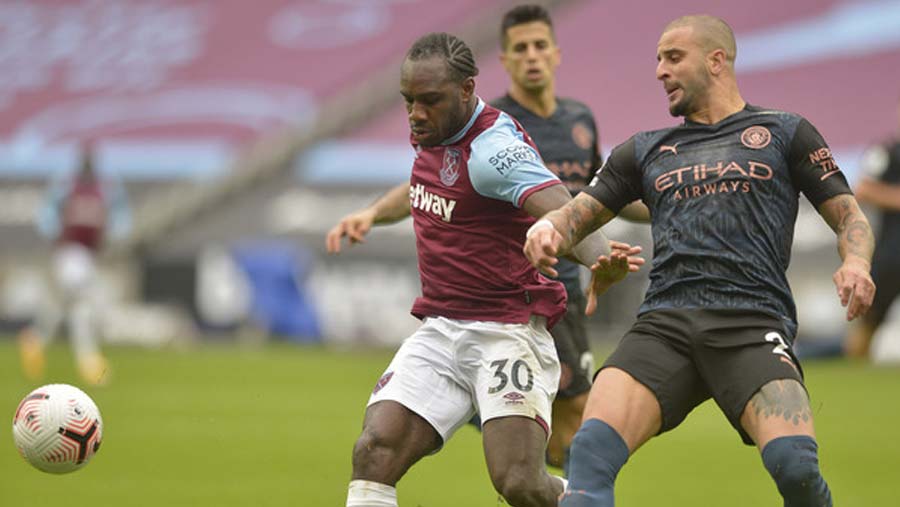 Phil Foden came off the bench to inject some life into Manchester City and salvage a point in a 1-1 draw at West Ham on Saturday (Oct 24).

Man City were abject in the first half despite dominating possession, and in-form West Ham deservedly took the lead through Michail Antonio's acrobatic volley in the 18th minute. But Foden came on at the start of the second half and prompted a massive improvement for the visitors.

He equalised in the 51st minute with a sharp near-post finish, and City dominated thereafter but could not find a winner with Raheem Sterling and Riyad Mahrez coming the closest.