Liverpool fight back to beat Sheffield 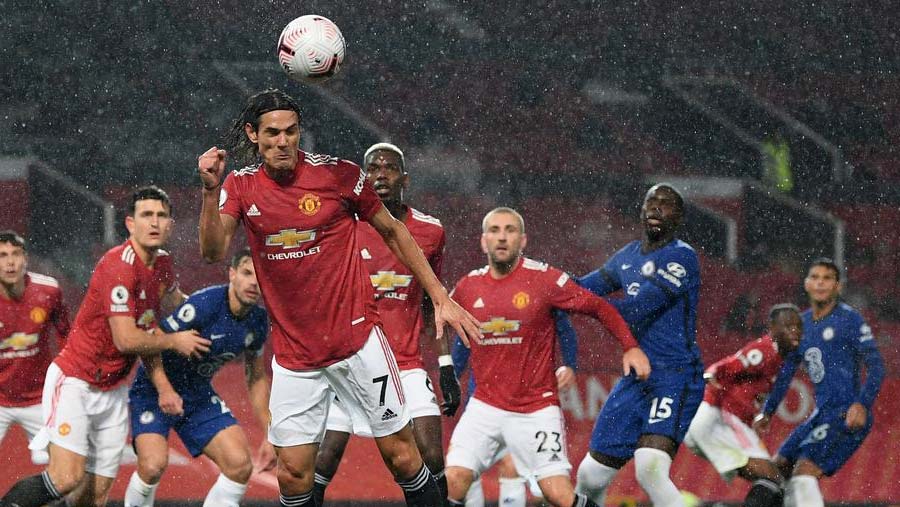 The Premier League champions survived a scare to beat Sheffield United 2-1 on Saturday (Oct 24). Second-placed Liverpool are level on points with leaders Everton, who have a superior goal difference and play their game in hand at Southampton on Sunday.

Defending champions Liverpool returned to winning ways in the Premier League with a hard-fought comeback victory over struggling Sheffield United at Anfield.

Deputising at centre-back for the injured Virgil van Dijk, Liverpool midfielder Fabinho conceded a 13th-minute penalty for a foul on Oliver McBurnie on the edge of the box, allowing Sander Berge to slot in following a video assistant referee review.

After two league games without victory, including their astonishing 7-2 defeat by Aston Villa, Jurgen Klopp's side moved level on points at the top of the table with Merseyside rivals Everton, who face Southampton on Sunday at 14:00 GMT.

Jota's decisive goal arrived two minutes after Mohamed Salah's fine finish from Trent Alexander-Arnold's cross was ruled out by VAR for offside, while Salah was denied by the woodwork late on.

John Egan's sliding intervention had prevented Salah from putting Liverpool ahead inside the first minute, while Alexander-Arnold's ambitious free-kick from the halfway line forced Aaron Ramsdale to tip over as the Blades endured early pressure.

United remain winless and with a single point after six games, but they offered manager Chris Wilder plenty of encouragement and were denied a 2-0 lead when returning Liverpool keeper Alisson pushed away Ben Osborn's excellent volley.