Depression over Bay to bring more rains in the country 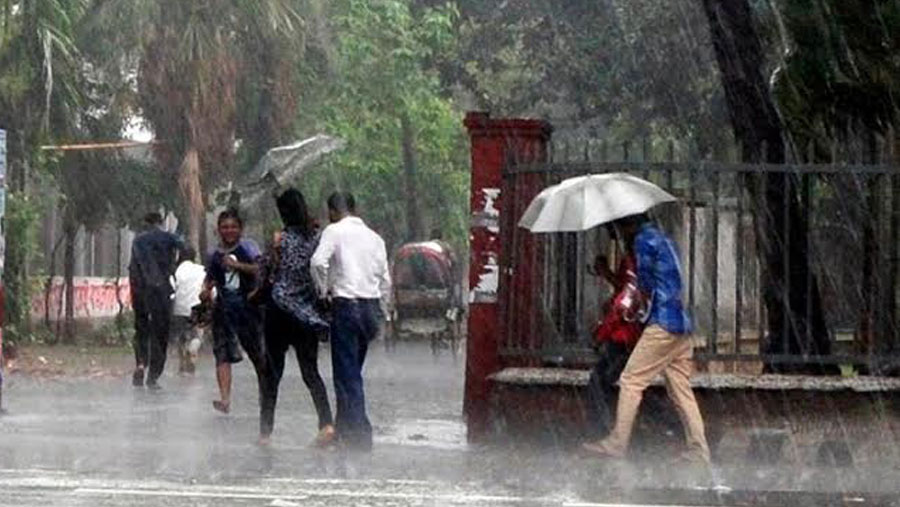 More rains are expected over different parts of the country, including Dhaka, in the next 48 hours starting at 10 a.m. as the depression over the central part of the Bay of Bengal intensified into a well-marked low.

According to a bulletin, it is likely to intensify further, causing heavy to moderate rainfall across the country all day long.

Dhaka Met office said rains are likely to continue for the next 2-3 days.

Meanwhile, 24mm of rainfall was recorded in the capital from 6 a.m. to 3 p.m.

Due to the well-marked low over the Northwest Bay and adjoining West-central Bay, heavy (44-88 mm) to very heavy rainfall is likely to occur at places over Rajshahi, Dhaka, Khulna, Barishal, Chattogram, Mymensingh and Sylhet divisions.

Besides, moderate rains or thunder showers accompanied by temporary gusty/squally wind are likely to occur at most places over Rajshahi, Dhaka, Mymensingh, Khulna, Barishal, Chattrogram and Sylhet divisions and many places over Rangpur division with moderately heavy to very heavy rainfall at places over the country.

The bulletin said the monsoon is active over the remaining parts of Bangladesh and strong over North Bay.

All maritime ports have been asked to hoist local cautionary signal no 3. Besides, all fishing trawlers and boats were also cautioned in the northern Bay.