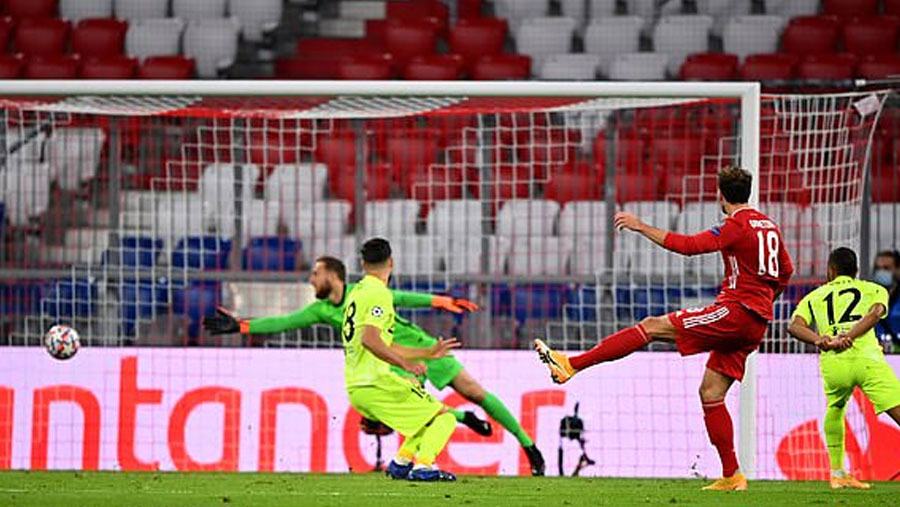 The defending UEFA Champions League winners Bayern Munich made a flawless start to the 2020-21 campaign with a 4-0 win over Spain's Atletico Madrid on Wednesday (Oct 21).

Champions League holders Bayern Munich extended their record run to 12 straight wins in the competition as they thumped Atletico Madrid.

Just 59 days after lifting the 2020 title in Lisbon, Hansi Flick's side were in ominous form again as they made light work of Diego Simeone's usually watertight side.

Winger Kingsley Coman, matchwinner against Paris Saint-Germain in Lisbon at the end of August, scored in either half of a superb all-round display.

Midfielders Leon Goretzka and Corentin Tolisso also found the back of the net in a near-faultless performance from the German giants.

Only Real Madrid and AC Milan have retained the European Cup since Brian Clough's Nottingham Forest managed the feat in 1980, but few would back against a Bayern repeat this time around.

Bayern were already favourites with the bookmakers before this warning sign, which saw the holders rain in 16 efforts on goal.

Coman opened the scoring when he deftly collected a Joshua Kimmich pass to fire across goal and the France winger then found Goretzka who doubled the lead with an angled drive.

Atleti had an early response in the second half ruled out for offside and Tolisso wrapped up victory with a fantastic swerving shot from 25 yards.

Bayern scored a club record 43 goals in last year's campaign and made it four for this run when Coman ran on to Thomas Muller's clever pass to sprint clear from the halfway line and find the far corner.