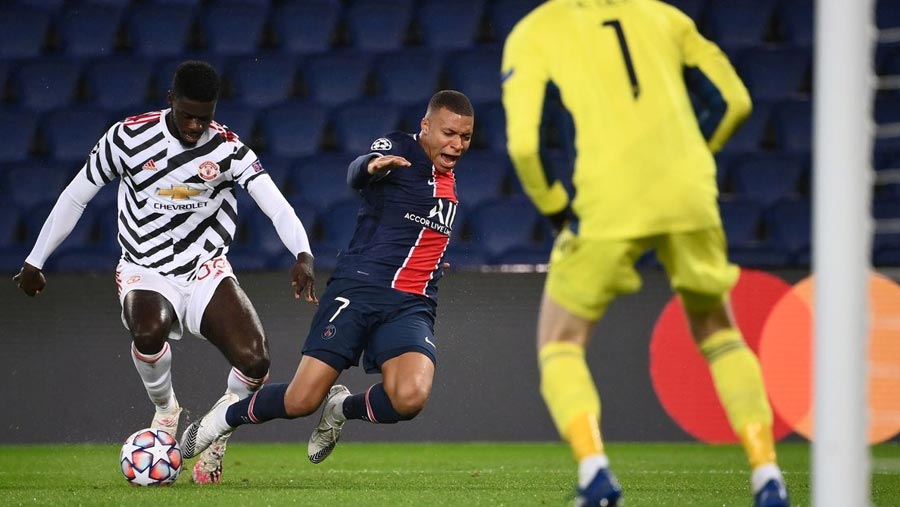 Marcus Rashford was the hero in Paris for Manchester United once again. The English striker scored a dramatic late winner as Man United beat Paris Saint-Germain 2-1 on Tuesday (Oct 20) in their Champions League group stage opener.

Marcus Rashford repeated his late heroics against Paris Saint-Germain with a superb winner as Manchester United marked their return to the Champions League with a fine win at the home of last season's beaten finalists.

Rashford's stoppage-time penalty sealed a famous victory at the Parc des Princes 18 months ago and the England striker was again on target to ensure Ole Gunnar Solskjaer's side took maximum points from their opening match in a formidable group.

The visitors had excelled in a first half which saw Bruno Fernandes stroke them ahead with a twice-taken penalty.

But the multiple French champions were far stronger and threatening in the second half and deservedly drew level when United striker Anthony Martial headed into his own net.

And the sides looked set to share the points when Rashford collected a pass from substitute Paul Pogba, rolled away from a defender and fired in off the base of the post from 20 yards.