President off to Dubai for medical checkup 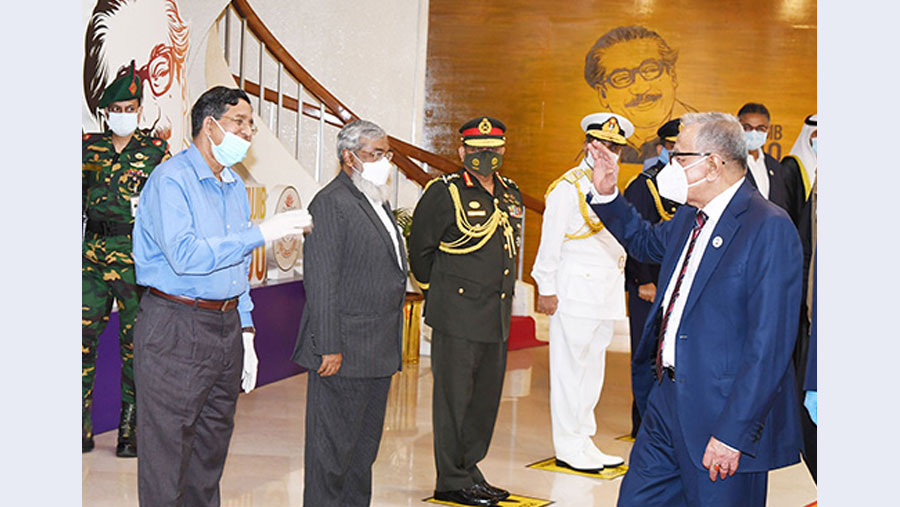 The head of the state is scheduled to conduct his check-up at American Hospital in Dubai, the largest city in the United Arab Emirates and a business hub of the Western Asia.

President’s spouse Rashida Khanam and secretaries concerned to the Bangabhaban are accompanying Abdul Hamid during his nine-day overseas treatment.

The President is scheduled to return home on Oct 22, according to programme schedule of the Bangabhaban.

Hamid has been suffering from Glaucoma since long. He used to have his regular health check-up in London while he was the Speaker in the Jatiyo Sangsad (National Parliament).

But due to ongoing Covid-19 pandemic, it was not possible to do it timely.