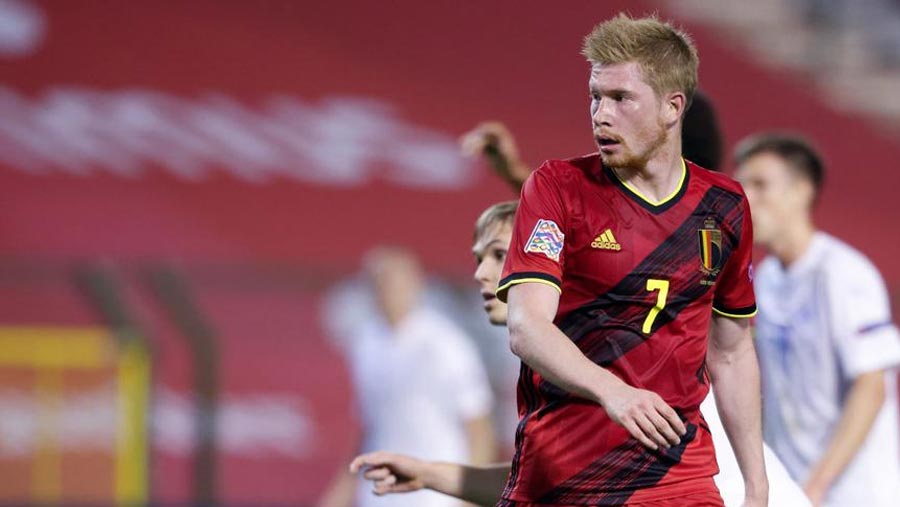 Kevin de Bruyne has withdrawn from the Belgium squad to face Iceland on Wednesday (Oct 14) and returned to Manchester City. The midfielder, 29, was substituted after 73 minutes of Sunday's 2-1 UEFA Nations League loss to England at Wembley.

"DeBruyneKev returned to his club," read a tweet by the Belgian national team. "He couldn't be fit enough to play against Iceland."

Belgium are one point behind England in second place in Nations League Group A2 after three games.

Man City's next Premier League match is against Arsenal at Etihad Stadium on Saturday (kick-off 17:30 BST).

After the England game, Belgium manager Roberto Martinez played down any potential injury, saying De Bruyne was taken off because "it was more precaution that we had to avoid [something], he wasn't 100%".

De Bruyne will join team-mate Raheem Sterling – who withdrew from England's squad for this international window – as a potential injury doubt for the Arsenal game.

Man City are 14th in the Premier League table with four points from their first three games.