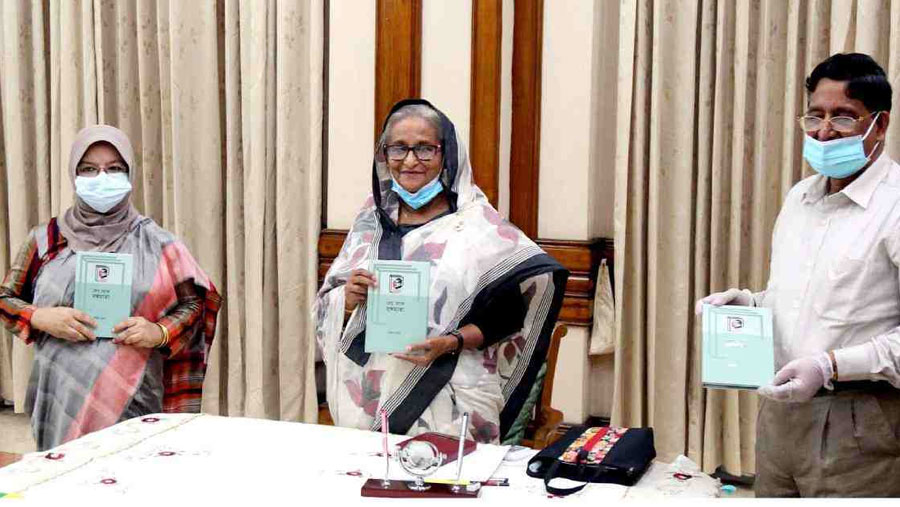 Prime Minister Sheikh Hasina on Monday (Oct 12) unveiled the cover of 'Renu Theke Bangamata' (From Renu to Bangamata), a book on the life of her mother. The unveiling ceremony was held at the PM's official residence Ganobhaban, local media reported.

Renu, who later became Bangamata through her unique contribution for the country and its people, was the wife of Father of the Nation Bangabandhu Sheikh Mujibur Rahman.

Bangamata, mother of the Prime Minister, was brutally killed on Aug 15, 1975 with her husband, Bangabandhu Sheikh Mujibur Rahman, and most of the family members.

Chairman of the Human Rights Commission Nasima Begum is the author of the book. She was also present at the event.