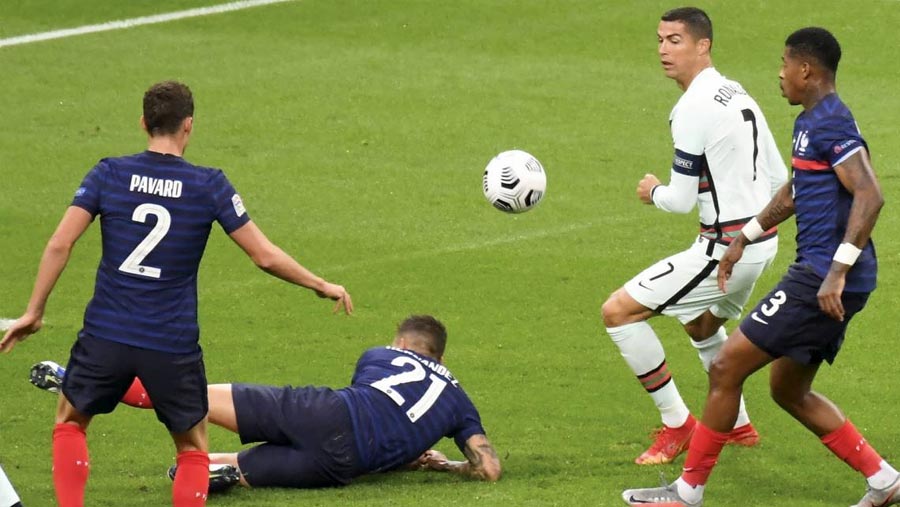 Kylian Mbappe and Cristiano Ronaldo both failed to find a way through as the World Cup winners and European champions cancelled each other out in a 0-0 draw in Paris.

Ronaldo, 35, was quiet and remains on 101 international goals as Portugal were unable to repeat their Euro 2016 win at the Stade de France.

The game was cheered on by around 1,000 France fans, who were loud throughout.

The high-quality Nations League match-up was a repeat of the Euro 2016 final at the same venue when Portugal shocked the hosts to take the trophy.

With France winning the 2018 World Cup and Portugal the first Nations League in 2019, these are arguably the best two sides in Europe but they produced little in the way of goalmouth action.

Ronaldo has not scored against France and had his best chance in stoppage time, forcing Hugo Lloris into a decent save with a stinging left-footed drive.

Veteran Portugal defender Pepe saw his header ruled out for offside while France's best chance came when Paris Saint-Germain forward Mbappe weaved past Danilo but was denied by Patricio.

Both sides are level on seven points in Group A3.