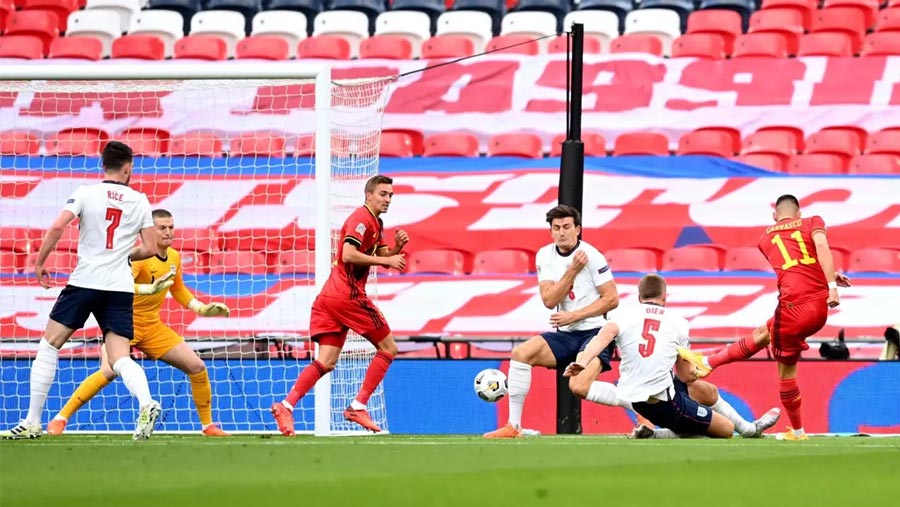 England came from behind to overcome the world's top-ranked team Belgium and record an important UEFA Nations League victory at Wembley.

Belgium took a lead their early superiority deserved when Romelu Lukaku sent England goalkeeper Jordan Pickford the wrong way after the striker had been brought down by Eric Dier's poor challenge.

England were on the back foot for most of the first half but were handed a lifeline back into the game six minutes before half-time when captain Jordan Henderson went down very easily in a tussle with Thomas Meunier, Marcus Rashford scoring from the spot.

Gareth Southgate's side enjoyed much more possession after the break but needed a large slice of luck to take the lead after 64 minutes, Mason Mount's effort deflecting off Toby Alderweireld and looping over keeper Simon Mignolet to inflict Belgium's first loss since November 2018.