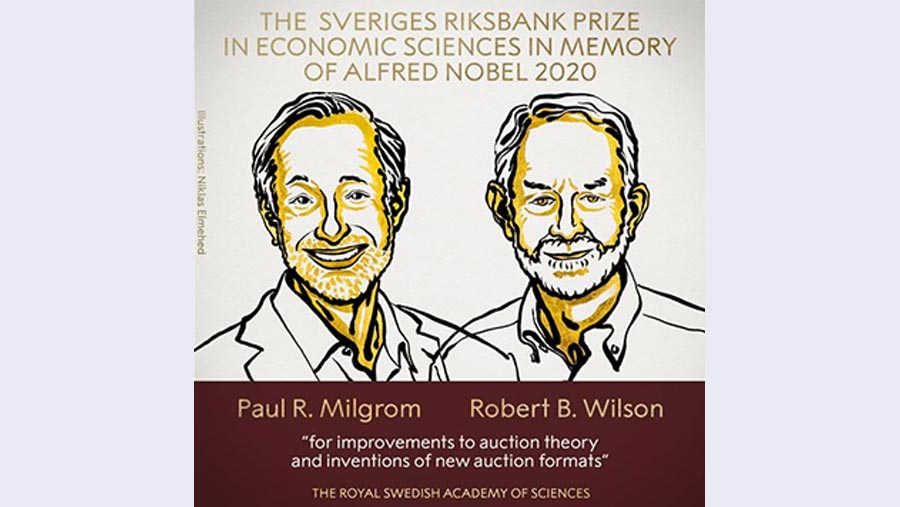 U.S. economists Paul Milgrom and Robert Wilson won the Nobel Economics Prize on Monday (Oct 12) for work on commercial auctions, including for goods and services difficult to sell in traditional ways such as radio frequencies, the Nobel Committee said.

The duo was honoured “for improvements to auction theory and inventions of new auction formats,” the jury said.

The Royal Swedish Academy of Sciences noted that the discoveries by Milgrom, 72, and Wilson, 83, “have benefitted sellers, buyers and taxpayers around the world,” it said in a statement.

Last year the honour went to French-American Esther Duflo, Indian-born Abhijit Banerjee of the US, and American Michael Kremer for their experimental work on alleviating poverty.

Even if it might be the most prestigious prize an economist can hope to receive, the economics prize has not reached the same status as those originally chosen by Alfred Nobel in his will, which included medicine, physics, chemistry, literature and peace.

It was instead created through a donation from the Swedish central bank and detractors have thus dubbed it “a false Nobel.”

The prize closes the 2020 Nobel season which so far has seen the peace prize awarded to the UN’s World Food Programme.

Women have been more prevalent than usual this year, with American poet Louise Gluck winning the literature prize.

And Frenchwoman Emmanuelle Charpentier and American Jennifer Doudna became the first all-female duo to win a scientific Nobel on Wednesday, clinching the chemistry award for their discovery of the CRISPR-Cas9 DNA snipping “scissors.”

Winners would normally receive their Nobel from King Carl XVI Gustaf at a formal ceremony in Stockholm on December 10, but the pandemic means it has been replaced by a televised ceremony showing the laureates receiving their awards in their home countries.