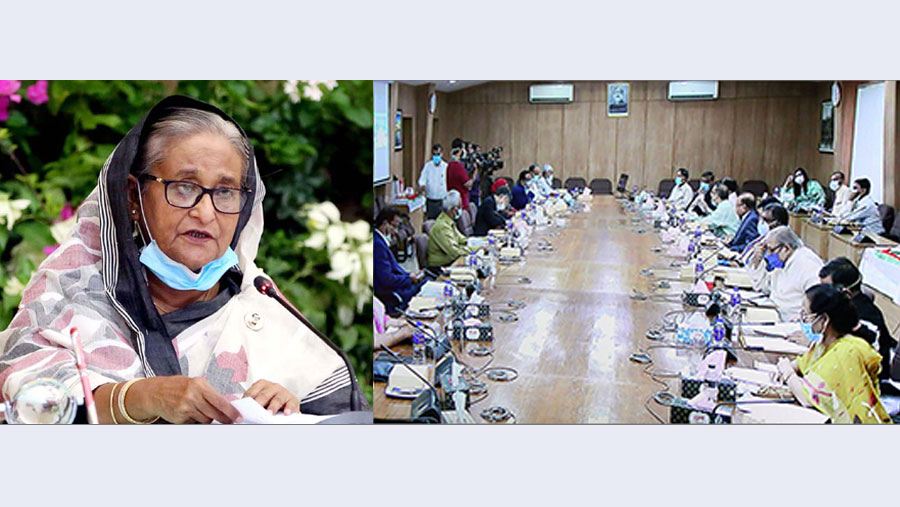 The cabinet with Prime Minister Sheikh Hasina in the chair today approved a draft law prescribing death plenty for rapists as a series of rape incidents sparked nationwide protests since last month.

Anwarul Islam added that during the cabinet meeting the premier particularly laid emphasis on completing rape trials within the stipulated timeframe as well while the cabinet approved the “Women and Children Repression Prevention (Amendment) Ordinance-2020”.

The Premier joined the meeting from her official Ganabhaban residence while her cabinet colleagues were connected from the Bangladesh Secretariat through virtual media.

He expected an unchanged provision of compensation to victims by the rape convicts to be properly highlighted as well during the rape trials.

Law minister Anisul Huq, meanwhile, told media that the Women and Children Repression Prevention (Amendment) Bill was expected to receive President Md. Abdul Hamid’s assent by tomorrow (Oct 13) to be promulgated as an ordinance since parliament was not in session at the moment.

“Surely it (law) will be a deterrent to such notorious crimes while we simultaneously will make all-out efforts to expedite the trial process of rape cases in the relevant courts,” Anisul Huq said.

The cabinet secretary substantiated the minister saying the culprits would now think twice that the death is the capital punishment for the crime.

He said the President could enact the ordinance exercising his power under Article 93 (1) of the Constitution.

The cabinet secretary said the rape trials would be held at Women and Children Repression Prevention Tribunal under the section 20 (3) of the existing law and be completed by 180 days.

The country witnesses widespread street protests after a horrifying footage went on viral on the social media platforms last week where a group of men were seen stripping and attacking a woman at a village in southeastern Noakhali.

But the cabinet secretary said the draft law was not framed merely considering the anti-rape protests and rather “the amendments have been brought to the existing law considering all the aspects including the present situation and the reality”.

“We have gone through laws of many countries,” Anwarul Islam said.