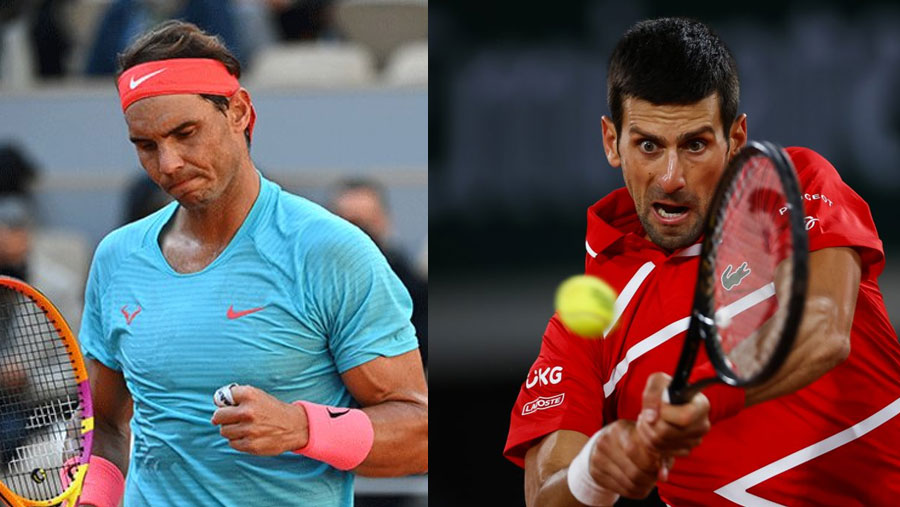 Rafael Nadal maintained his grip on the French Open by reaching another men's singles final – where he will face top seed Novak Djokovic on Sunday (Oct 11).

Spanish second seed Nadal is going for a record-extending 13th title and won 6-3 6-3 7-6 (7-0) against Argentina's Diego Schwartzman in his semi-final.

Nadal, 34, has only lost twice on the Roland Garros clay in his career.

Djokovic is one of the men to beat him and set up another chance by overcoming Greek fifth seed Stefanos Tsitsipas.

Now Djokovic will meet Nadal for the 56th time in their careers – no two men have played each other more – and will contest their ninth Grand Slam final against each other.

Djokovic, meanwhile, knows a victory will move him to 18 major titles – within one more of Nadal and two adrift of 39-year-old Federer.