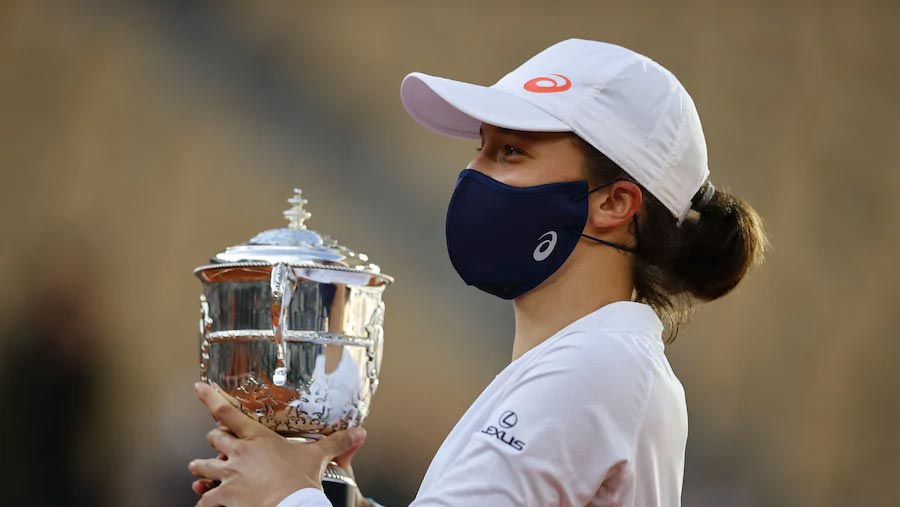 With the poise of a veteran and the shots of a champion, 19-year-old Iga Swiatek picked the perfect place for her first tour-level title: the French Open.

When she smacked one last forehand winner to the corner to end things, Swiatek placed her right hand over her mouth then crouched, shaking her head.

Hard to believe? Maybe. This was, after all, only her seventh major tournament; she’d never been past the fourth round.

But the way she played these two weeks made this outcome less of a surprise.

Swiatek is the first woman to triumph in Paris without ceding a set since Justine Henin in 2007. She lost only 28 games across seven matches, too.

She is the first teen to win the women’s title at the French Open since Iva Majoli in 1997.

And Swiatek did it with victories over such opponents as 2018 champion Simona Halep and 2019 runner-up Marketa Vondrousova, both by scores of 6-1, 6-2.

So it made sense that Swiatek would be able to get past Kenin, a 21-year-old American who was trying to claim her second major title of 2020 after winning the Australian Open in February.

“A great tournament. A great match,” Kenin told Swiatek during the trophy ceremony.