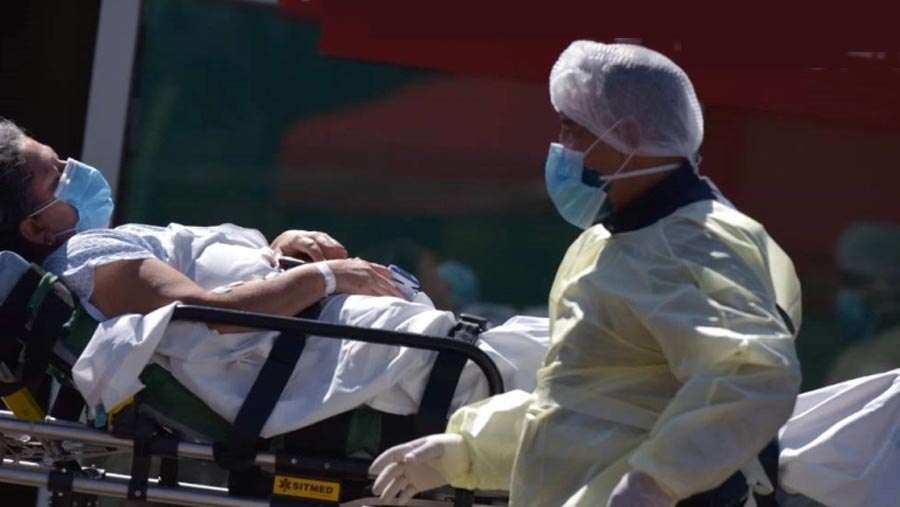 The number of people to have died from Covid-19 in Brazil has passed 150,000, the country's health ministry says.

Brazil has the second-highest coronavirus death toll in the world, after the US, and the third-highest number of cases after the US and India.

President Jair Bolsonaro has been accused of downplaying the risks of the virus throughout the pandemic, ignoring expert advice on restrictive measures.

Brazil has by far the highest number of deaths in South America, and the state of São Paulo has been the worst hit.

According to figures from the health ministry, 150,198 people in Brazil have died of Covid since the first fatality was recorded in March, and 5,082,637 people have tested positive for the virus.

In Colombia, the next worst-hit country in the region, 27,495 people have died and there have been 894,300 confirmed cases.

However the daily number of new cases in Brazil has been slowly falling since it plateaued in the summer, when there were about 1,000 new deaths per day for two months.

Mr Bolsonaro's handling of the pandemic - his decision to oppose lockdown measures and prioritise the economy - has been extremely divisive.

He has also been criticised for minimising the threat of Covid-19, including by calling it a "little flu".

However, the president has repeatedly rejected this criticism, even when he himself became ill with the virus in July.

In August, Brazil's Vice-President Hamilton Mourao also defended the government's approach, and instead blamed a lack of discipline among Brazilians for the failure to limit the spread of the virus through social distancing measures.