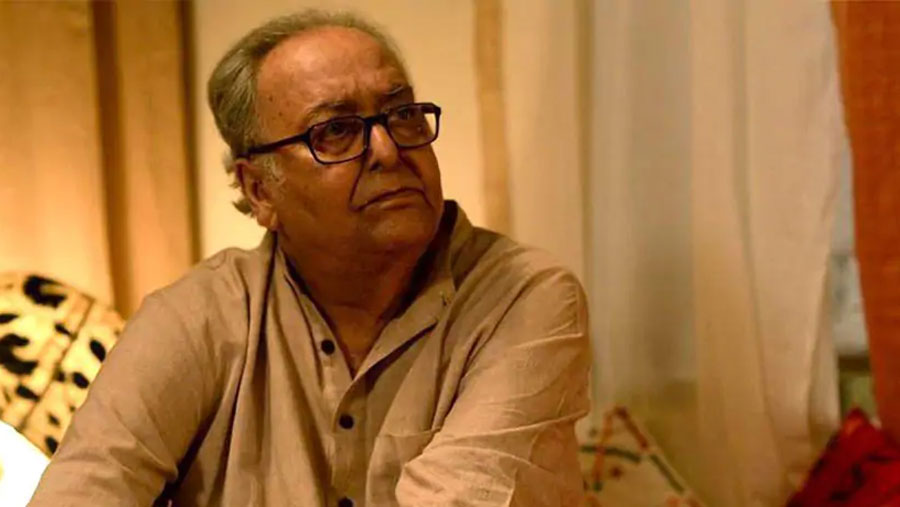 Veteran actor Soumitra Chatterjee has been shifted to intensive care in a private hospital where he is undergoing treatment for Covid-19 after his health condition worsened, a senior doctor at the facility said on Friday (Oct 9) night, according to Indian media.

The 85-year-old actor was at an “acute confusional stage” following which the neurologist advised him to be shifted to the ITU, the doctor said.

“Mr Chatterjee has been shifted to the ITU after he has been experiencing restlessness and reached an acute confusional stage. We have shifted him to the ITU for close monitoring. He is having several co-morbidities, that’s why we need to be more careful,” said the doctor.

Chatterjee was hospitalised on Tuesday after he tested positive for Covid-19.

He had been unwell for the past few days, following which a Covid-19 test was advised by a doctor.

Soumitra Chattopadhyay, a celebrated Bengali actor, is best known for his collaboration with Oscar-winner Satyajit Ray and the Feluda series.

Soumitra immortalised the titular role of Feluda in Ray's films. Apart from that, Soumitra was a part of several other works of Ray, including Apu'r Sangshar or The World Of Apu. Some of Chatterjee's best works include Ashani Sanket, Ghare Baire, Aranyer Din Ratri, Charulata, Shakha Proshakha, Jhinder Bandi, Saat Pake Bandha, and more.

The news of Soumitra’s testing positive has raised concerns within 'Tolly para' as it is fondly referred to as. Several of Soumitra's colleagues have wished for his speedy recovery.

A few days ago, Soumitra Chattopadhyay resumed his shoot with actor-director Parambrata Chattopadhyay's Bengali film 'Abhijaan'. In the film, Jisshu Sengupta will be seen playing the role of young Soumitra and Soumitra himself plays his older self.

Earlier, many actors, directors and producers like Ranjit Mallick, his daughter and actress Koel Mallick, wife Dipa Mallick, producer Nispal Singh and director Raj Chakraborty had tested coronavirus positive but have since recovered.