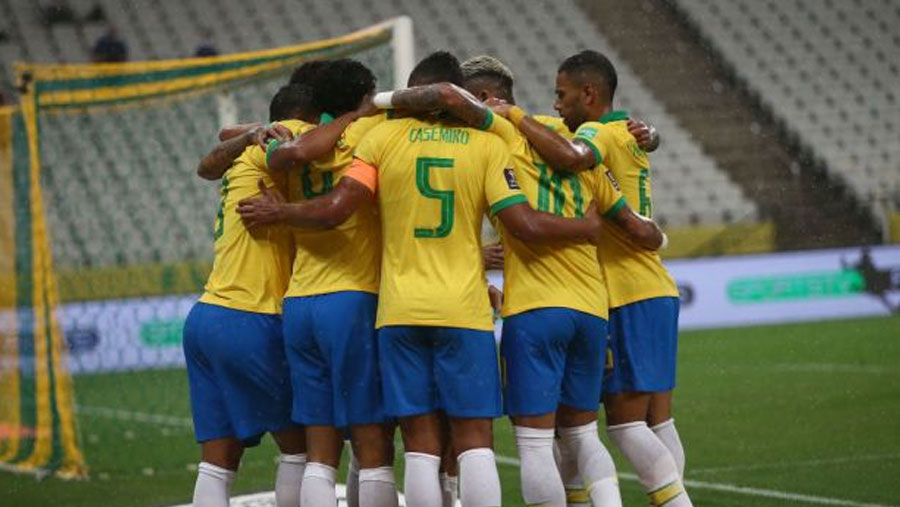 Neymar was not on the scoresheet, but he produced a great performance. After shaking off a back problem, the PSG superstar was at the heart of Brazil's big moments, providing a pair of assists in his 102nd international appearance.

Roberto Firmino scored twice as Brazil eased past Bolivia 5-0 in a dominant display to kick off their 2022 World Cup qualifying campaign.

Brazil barely raised a sweat in their opening CONMEBOL qualifier on Friday (Oct 9), outclassing Bolivia thanks to Firmino's brace, while Marquinhos and Philippe Coutinho were also on target, to go with a Jose Carrasco own goal.

Tite's Brazil had not played since their 3-0 win over South Korea in a November friendly after the coronavirus pandemic forced World Cup qualifying to be postponed in March, but the Selecao did not look like a team featuring for the first time in 2020.

Brazil dominated from the outset and they should have scored two goals inside three minutes, however, Everton and Marquinhos wasted golden opportunities in the pouring Sao Paulo rain.

Marquinhos, who glanced a header wide in the third minute, made no mistake in the 16th minute as he got on the end of a Danilo cross and headed powerfully past Bolivia goalkeeper Carlos Lampe to open the scoring.

Bolivia could not get close to Brazil and the visitors almost conceded again after Coutinho's shot from the top of the penalty area took a wicked deflection and skidded off the turf, forcing Lampe into a fine diving save.

Bolivia's non-existent defending was exposed when Renan Lodi made an unmarked run and whipped a ball across the six-yard box for Firmino to tap home.

Brazil continued where they left off in the second half after Firmino netted within four minutes of the restart – Neymar playing a ball to his team-mate, who routinely poked home.

Weverton – playing in the absence of injured number one goalkeeper Alisson – had nothing to do until he was called into action by Bruno Miranda's rising shot in the 50th minute.

Brazil showed no mercy as Carrasco deflected the ball into his own net past the hour mark, before Neymar provided the cross for the onrushing Coutinho to head home emphatically with 17 minutes remaining.