Covid-19 situation in Bangladesh is under control: Minister 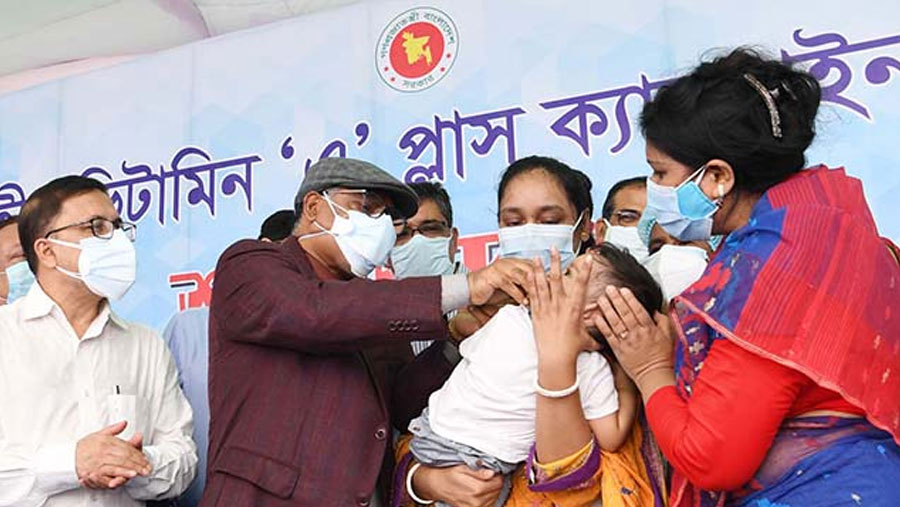 Health and Family Welfare Minister Zahid Maleque on Sunday (Oct 4) said Covid-19 situation in Bangladesh is under control as the government led by Prime Minister Sheikh Hasina is sincerely dealing with the pandemic.

“When almost the entire world is struggling to control coronavirus situation, Bangladesh has been able to contain the outbreak of the deadly virus,” he told the inaugural function of Vitamin ‘A’ plus Campaign 2020 at the Shishu Hospital in the city, an official release said.

Director General of Directorate General of Health Services (DGHS) Prof Dr Abul Bashar Mohammad Khurshid Alam and heads of other relevant organizations, among others, addressed the function with Additional Secretary of Health Service Division Mostofa Kamal in the chair.

The minister said Bangladesh witnessed lower Covid-19 fatality rate as the government has taken multiple preventive measures to deal with the pandemic.

Prime Minister Sheikh Hasina has been lauded globally as her government is effectively handling the coronavirus with 1.45 percent death rate from the deadly disease, he added.

“A total of 1,20,000 centres have been set up across the country to administer Vitamin ‘A’ plus capsules to the children... health codes will be strictly maintained during the nationwide vitamin A plus campaign,” Maleque added.

Maleque said health workers and volunteers will feed Vitamin ‘A’ Plus capsules from 1.20 lakh centres, which will remain open from 8 a.m. to 4 p.m.

At present, less than one percent children in the country suffer from night blindness for Vitamin ‘A’ deficiency while percentage of night blindness was 4.1 during initial stage of the campaign, Maleque added.

The health ministry sources said two trained volunteers would work at each centre. Among the total children, around 27 lakh babies aged between six to 11 months will be fed one blue colour Vitamin ‘A’ capsule each, while around 1.93 crore babies aged between 12 to 59 months would be fed red color capsules.