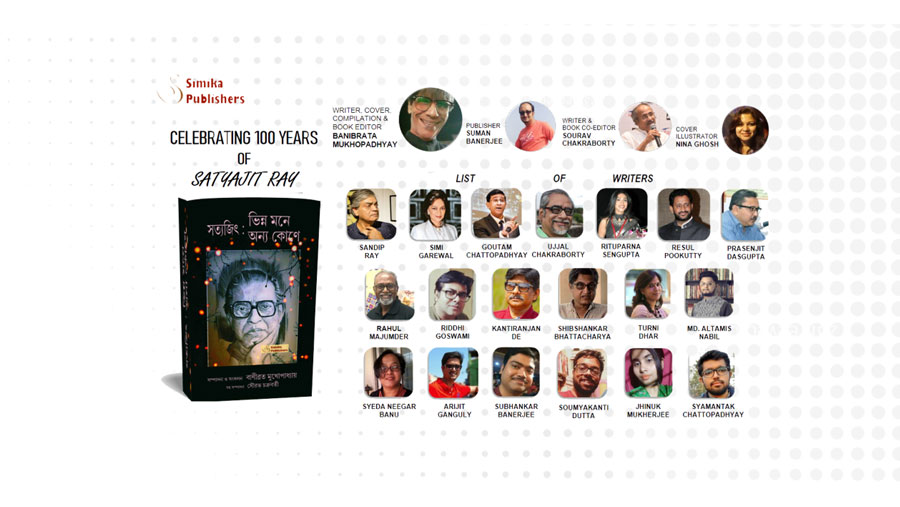 On the occasion of 100th birth anniversary of legendary filmmaker Satyajit Ray, a book is going to be published jointly written by writers from India and Bangladesh. It was named as "Satyajit: Vinno Mone Onno Kone" and its cover, compilation & editing done by Banibrata Mukhopadhyay. Sourav Chakraborty was the co-editor of the book.

Regarding the book, Banibrata Mukhopadhyay, the Editor of the book told, "Ray's 100th Birth Centenary has begun. Therefore, it is necessary to pay homage to him as a Bengali. I have known the alleys of culture by him since I was a child. And that's exactly why this book was created. This book was not planned for any long term. In the form of love and affection, we have made a request to the writer-researcher on Ray across the world, hence all the writings has been submitted to us. Finally the book has been made. Sincere thanks and gratitude to all the writers and co-editors. This would not have been possible without their cooperation."

It is going to be published by Suman Banerjee from Simika Publishers, Kolkata by the mid of October 2020. Also this book will be available for Bangladeshi readers soon. The cover illustration are done by Nina Ghosh.