PM pledges to raise women’s participation in workforce to 50pc 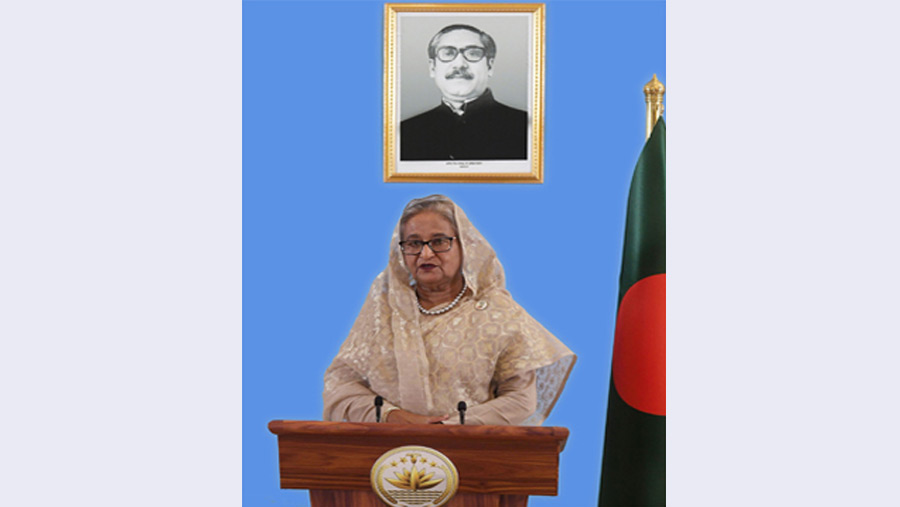 Prime Minister Sheikh Hasina has pledged to increase women’s participation in the workforce to 50-50 by 2041 and called for protecting their job in the context of Covid-19 pandemic. The PM also urged the international community to renew its commitments and enhance efforts to ensure women’s equality, empowerment and advancement.

“In the context of Covid-19, the job of female workers, including migrant workers, across the global supply chains and other major employment sectors, must be protected so that they are not further marginalized and financially excluded,” she said while highlighting three issues virtually at a high-level meeting in the United Nations headquarters in New York last night.

The High-Level Meeting on the 25th Anniversary of the Fourth World Conference on Women was held on the sidelines of the 75th UN General Assembly (UNGA), local media reported.

While pointing out two other issues, the premier said firstly, the world can benefit from every girl whose potential is realized, from every woman whose talent is tapped, and this can only be done through education.

“Secondly, empowerment comes with income and employment. Therefore, engaging women in income-generating activities should be a priority,” she said.

The PM said she is delighted to join the celebration of the 25th anniversary of the 4th World Conference on Women. “On this 25th anniversary, I would like to pledge to raise women’s participation in the workforce leading to 50-50 by 2041,” she said.

Sheikh Hasina said the Covid-19 pandemic has particularly aggravated the vulnerability of women.

“During this pandemic, women are facing discrimination and increased domestic violence, and, therefore, threatening to reverse our hard-earned achievements in women empowerment,” she said.

She said the 1995 Beijing Declaration and Platform for Action charted a bold roadmap to achieve gender equality and women’s empowerment.

“It has profoundly changed our outlook towards women and catalyzed positive development,” she said.

Sheikh Hasina said since then, almost all countries formulated legislative frameworks for the promotion and protection of women and girls. The 2030 Agenda also recognized women’s centrality across all the goals and targets.

“As we enter the Decade of Action, we must renew our commitments and enhance our efforts to ensure women’s equality, empowerment and advancement,” she said.

The PM thanked the UN Secretary General for prioritizing women’s representation at senior levels of the UN, saying: “We would like to see that at all levels.”

The PM said under Bangabandhu’s legendary statesmanship, the country crafted a progressive constitution guaranteeing equal rights for men and women.

“Our development intervention, which is based on a whole-of-society approach, focuses more on the practical need of our women,” she said.

Sheikh Hasina continued: “That’s why we have made girls’ education a priority, economic and political empowerment of women a necessity. We see women as active agents of development, not as passive recipients.”

The premier said the government has formulated a progressive Women Development Policy in 2011.

Sheikh Hasina said thirty percent seats are earmarked for women in local government bodies, while special provisions have been made for enhancing women’s representation in the public service.

The premier said the government’s investment in women is paying dividends with women thriving in every sector of the society.

Sheikh Hasina said nearly 1,500 women military and police officials have so far served in UN peacekeeping operations. “Our women are breaking barriers and succeeding in careers that our previous generation could never imagine,” she said.

The premier said Bangladesh earned many global accolades due to its achievements in women empowerment.

“According to the World Economic Forum’s Gender Gap Index, we are leading in South Asia on women’s overall empowerment, ranked 50th globally out of 149 countries, and 7th in political empowerment ... we have much more to do,” she said.