Liverpool fight back to beat Arsenal 3-1 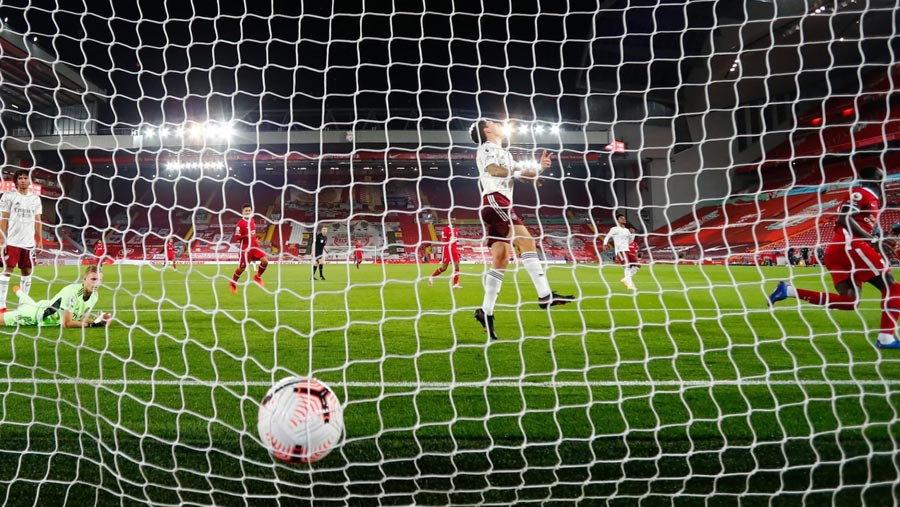 Liverpool maintained their perfect start to the season, while ending Arsenal's, as the Premier League champions came from behind to secure a 3-1 victory at Anfield on Monday (Sep 28).

Liverpool's new signing Diogo Jota grabbed a home debut goal as the champions demonstrated their determination to retain an iron grip on their Premier League crown by coming from behind to record an impressive victory against Arsenal at Anfield.

The Gunners, who had won their opening two league games, went ahead after 25 minutes when Alexandre Lacazette took advantage of Andrew Robertson's error to bundle a close-range finish past Alisson but ended well beaten.

Liverpool, who maintained their 100% start to the season and moved second behind Leicester City, responded instantly as Player-of-the-Match Sadio Mane pounced two minutes later after Arsenal goalkeeper Bernd Leno could only push out Mohamed Salah's shot.

And Liverpool went ahead before half-time when Robertson atoned for his earlier error by getting on the end of Trent Alexander-Arnold's cross to beat Leno.

Liverpool were far superior but Arsenal will rue a great chance missed by Lacazette, who shot tamely at Alisson when he was clean through with the score 2-1 and their night was complete when Jota, making his Anfield bow following his move from Wolves, shot low past Leno from the edge of the area.