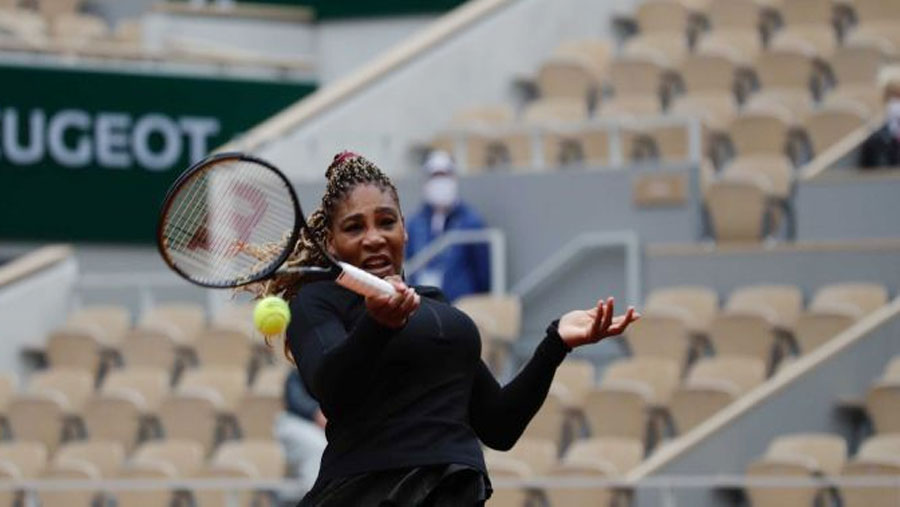 Serena Williams overcame a challenging first set to beat Kristie Ahn 7-6 (7-3) 6-0 and progress into the second round of the French Open. The 23-time Grand Slam champion, playing in her first match on clay this season, found the going tough in the first set as she battled with her serve and surprisingly notched up 28 unforced errors.

Serena Williams began her quest for a 24th Grand Slam singles title with a hard-fought win over Kristie Ahn in the French Open first round. Sixth seed Serena, who turned 39 on Saturday (Sep 26), overcame a rusty start to beat her fellow American 7-6 (7-3) 6-0.

Once she came through a 74-minute opener, Serena began to play with more belief and clarity as she swept Ahn aside in a 27-minute second set.

Serena will play Bulgaria's Tsvetana Pironkova in the second round in Paris.

Pironkova, 33, was handed a wildcard by Roland Garros organisers after a memorable run to the U.S. Open quarter-finals – where she lost to Serena – in her first tournament since 2017 after giving birth.

Pironkova set up the rematch with a 6-3 6-3 win over Germany's Andrea Petkovic.