Nadal and Thiem up and running at French Open 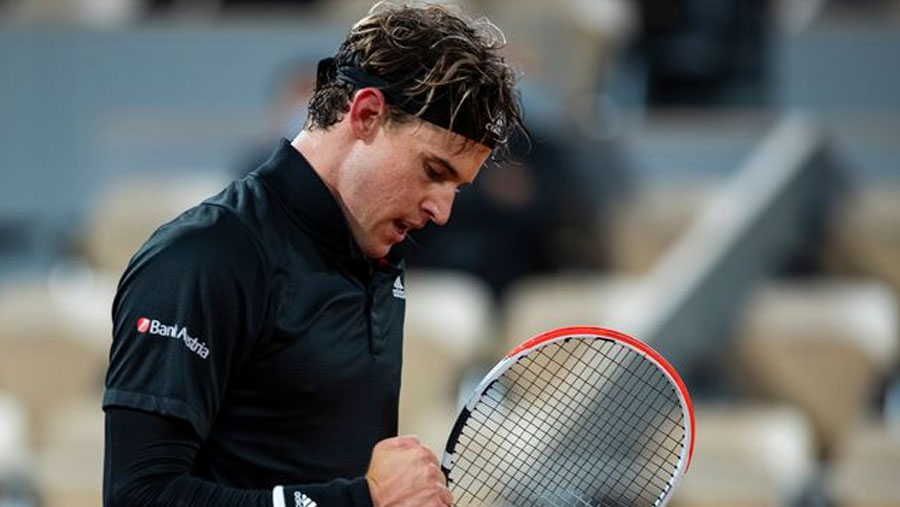 Spain's 12-time champion Rafael Nadal encountered few problems as he started the French Open with a three-set win over Belarusian Egor Gerasimov. Nadal, 34, wrapped up a 6-4 6-4 6-2 victory in two hours five minutes against the world number 83, who was making his main-draw debut in Paris.

U.S. Open champion Dominic Thiem also moved into the second round with a 6-4 6-3 6-3 win over Croatia's Marin Cilic.

Russian fourth seed Daniil Medvedev is out after losing to Marton Fucsovics.

Thiem, who won his maiden Grand Slam title in New York a fortnight ago, has lost to Nadal in both of the past two finals at Roland Garros. The pair have been drawn in the same half of the men's singles, meaning they could only meet in the semi-finals this year.

Nadal is seeded second behind Serbia's world number one Novak Djokovic and says the rearranged tournament will provide the "toughest conditions" yet for him.

The 19-time Grand Slam singles champion, who is aiming to move level with Roger Federer's all-time leading men's tally, has only played one clay-court event going into Roland Garros and the cooler conditions are not as beneficial to his game.

Although the scoreline against Gerasimov was comfortable, he was given a decent workout by the Belarusian.

"I'm not going to make a mistake – the attitude and motivation is always here," Nadal said.

"It is a different Roland Garros to the one we are used to and the conditions are very challenging. I'm happy to be in the second round – it is a good start."