Hasina: A Daughter’s Tale’ to be aired on TV on her birthday 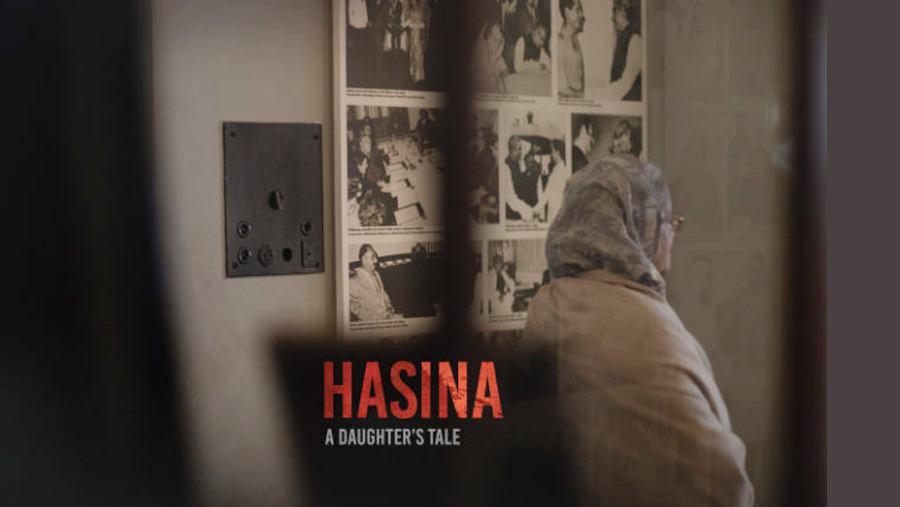 ‘Hasina: A Daughter’s Tale’, a docudrama bringing to life the trials and tribulations Prime Minister Sheikh Hasina went through following the assassination of her father Bangabandhu Sheikh Mujibur Rahman, is set to be rescreened, this time on television, on Monday (Sep 28).

The docudrama, previously met with sweeping popularity and critical acclamation through its screening in cinema halls, will now be aired on a number of television channels including Bangladesh Television on Sep 28 marking Sheikh Hasina’s birthday, said a press release of Centre for Research and Information (CRI) on Saturday (Sep 26).

‘Hasina: A Daughter’s Tale’ was premiered at Star Cineplex on Nov 15. Following its screening at Star Cineplex, Blockbuster Cinemas, Modhumita Cinema Hall, and Silver Screen, the docudrama reigned the box office for two weeks in a row.

The sweeping popularity prompted its screening in 35 cinema halls across the country.

While the life of Sheikh Hasina as the prime minister for the fourth time steals the limelight, the sea of trouble she had to encounter after the assassination of her father and 16 family members, the darkest chapter in the post-independence Bangladesh, remains undiscovered.

This docudrama attracted the countrymen and they requested its screening on television, said its distributor Gausul Azam Shaon.

The docudrama brought to life all aspects of the life of Sheikh Hasina – from her kitchen to her life as the country’s premier to the time of struggle to her personal, familial, and political life.

It also narrated the journey of her sister Sheikh Rehana. The docudrama aimed at bringing the real-life story to the screen, said Piplu Khan.