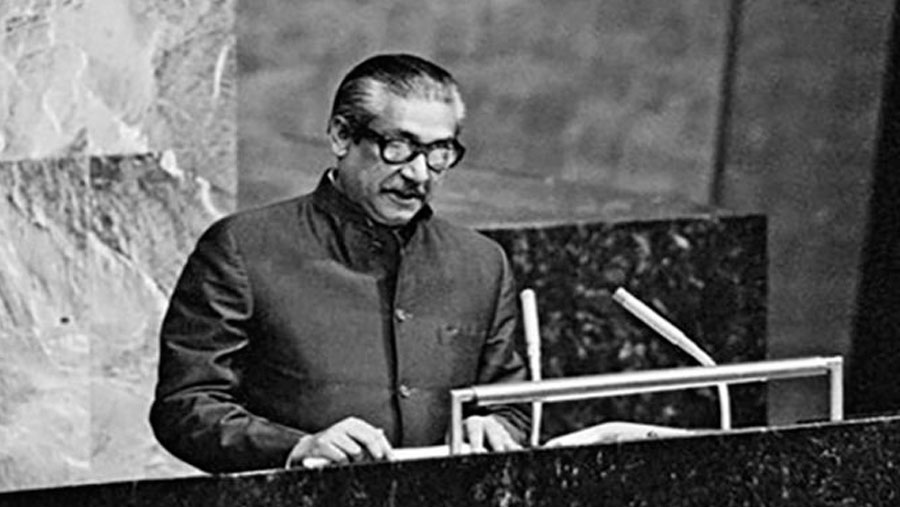 The postal department has released a memorial stamp and an opening envelop of Tk 10 and data card and a special seal of Tk 5, marking Bangabandhu’s first Bangla speech at the 29th General Assembly of the United Nations on Sep 25, 1974.

Bangladesh became the 136th member country in the United Nation on Sep 17 in 1974. Later, Father of the Nation delivered address at the general assembly for the first time as the head of state on Sep 25, 1974.

Bangabandhu, who delivered his maiden speech at the United Nations in Bangla language, had established the Bangla in a dignified position as a language before the world forum.

There are six official languages of the UN – Arabic, Chinese, English, French, Russian and Spanish, but Bangabandhu was the only leader who had convinced the forum in delivering speech in his native language on that day, a glorious day in the history of Bangla language.

These newly release postal items later will be sold from all the post offices throughout the country including the General Post Office, its Philatelic Bureau and other principal post offices.