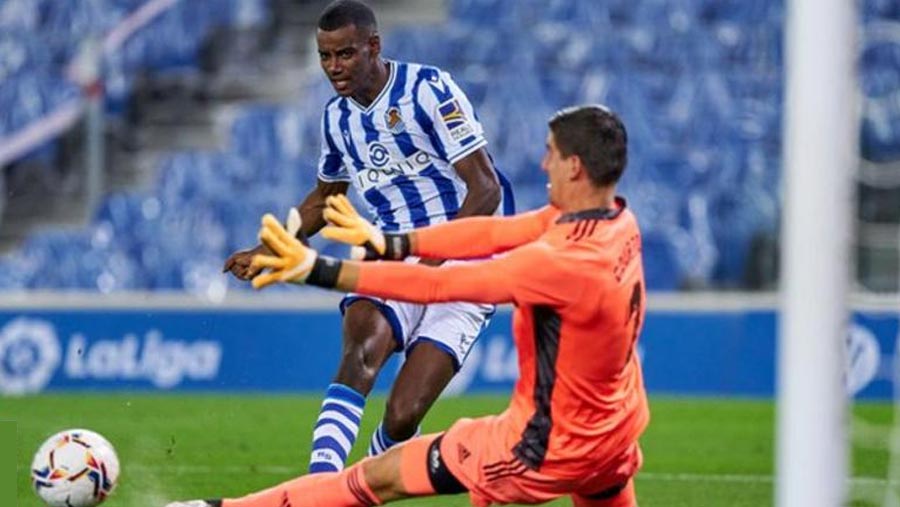 Champions Real Madrid are held to a goalless draw at Real Sociedad in their opening game of the new La Liga season.

Real Madrid began the defence of their Spanish title with a tepid 0-0 draw at Real Sociedad on Sunday (Sep 20) as Martin Odegaard made his first league start for the reigning champions against his former club.

Madrid are heading into the La Liga season after making no new signings this summer, with president Florentino Perez admitting the club has to be cautious amid the Covid-19 pandemic.

Odegaard is the closest thing to a new arrival, the attacking midfielder returning early from his two year loan with Real Sociedad, after he shone for them last season.

But there have been a string of sales, including Gareth Bale, whose move back to Tottenham was confirmed on Saturday, and James Rodriguez, who has already impressed after joining Everton.

Norwegian Odegaard, whose only other league appearance for Madrid came in May 2015, lasted 69 minutes before he was replaced by Casemiro.

F. C. Barcelona do not start their league campaign under new coach Ronald Koeman until next weekend against Villarreal.

Real Betis trail on goal difference after beating Real Valladolid 2-0 with a penalty from Nabil Fekir and a William Carvalho goal.