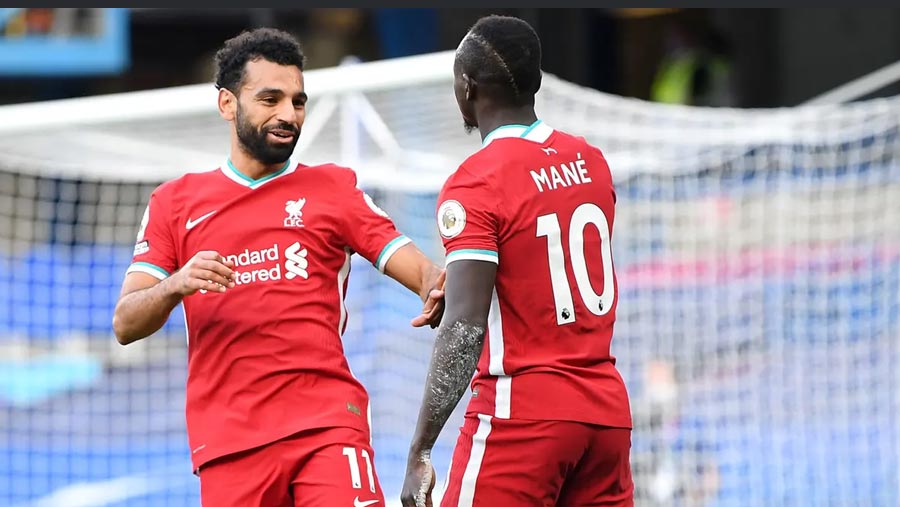 Sadio Mane scored twice, the second after a dreadful mistake from Kepa, as Liverpool gave ten-man Chelsea a reality check at Stamford Bridge on Sunday (Sep 20).

Liverpool F.C. delivered a powerful statement of intent about their desire to retain the Premier League title with a comfortable dismissal of Chelsea F.C. at Stamford Bridge on another nightmare day for keeper Kepa Arrizabalaga.

Jurgen Klopp's champions were already in complete control even before Chelsea defender Andreas Christensen was correctly shown a red card on the stroke of half-time.

Referee Paul Tierney initially opted for a yellow card but reviewed Christensen's desperate challenge on Sadio Mane as he raced on to Jordan Henderson's pass. Mane then punished Chelsea with two swift goals after the break to confirm Liverpool's vast superiority, the second of which was the result of another calamity for Kepa.

Mane headed in Roberto Firmino's cross after 50 minutes then chased down Kepa, whose botched clearance gave the forward the simplest of finishes.

Chelsea's day of misery was complete when Jorginho, normally so reliable from the spot, saw his penalty saved by Alisson after Liverpool's new signing Thiago Alcantara, on as a half-time substitute, brought down Timo Werner.