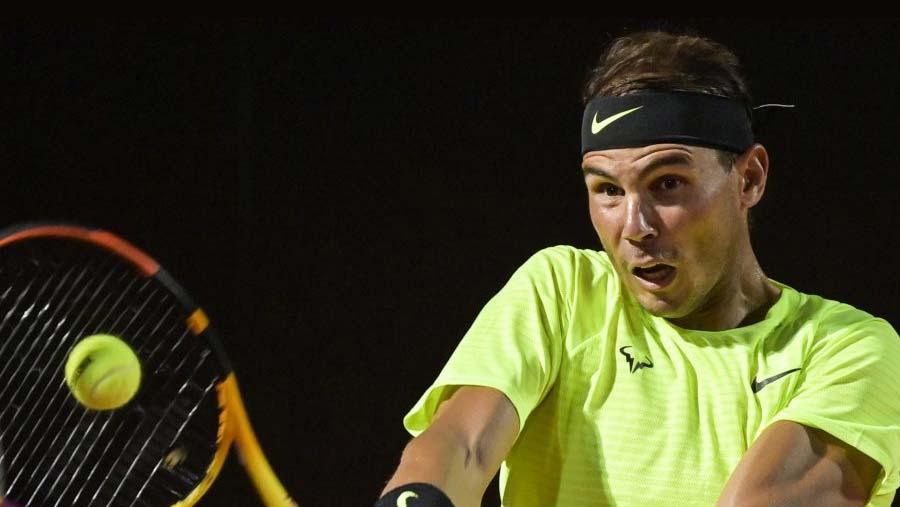 Clay court king Rafael Nadal crashed out of the Italian Open on Saturday (Sep 19), falling to a straight sets defeat to Argentine Diego Schwartzman in a tournament the Spaniard had won nine times.

Eight-seeded Schwartzman meted out a punishing 6-2, 7-5 loss in Nadal’s final warm-up before his bid for a 13th French Open, and record-equalling 20th Grand Slam in just over a week.

“It was not my night at all,” said Nadal, who had won all nine previous meetings against 28-year-old Schwartzman, but could not match his rival’s stunning game on the red clay of the Foro Italico.

“He played a great match, not me, when this happens you have to lose,” continued the 34-year-old.

“It’s not a moment for excuses. I’ve spent a long time without competing, I played two good matches.”

The two-time defending champion was making his comeback after a six-month coronavirus-enforced break having skipped the US Open ahead of Roland Garros with its first round on Sep 27.

“Losing as many serves, you can’t expect to win a match, it’s something that I have to fix, I know how to do it,” he warned.

Schwartzman next plays Canadian 12th seed Denis Shapovalov for a place in the final.

“Today I played my best tennis,” said the Argentine.

Djokovic, meanwhile, let his frustrations spill over in a two-hour battle with his 97th-ranked German rival.

Two weeks after his US Open default for accidently hitting a line judge with a ball, the Serb struggled to contain his emotions, throwing his racket after a lost service game, with shouts of anger resounding in the silence of the empty Central Court.

“Well, let me tell you that it’s not the first nor the last racquet that I’ll break in my career. I have done it before,” he warned.

“I’ll probably do it again. I don’t want to do it, but when it comes, it happens.

“That’s how I guess I release sometimes my anger.”

Djokovic was broken four times before advancing to his 11th semi-final in Rome, where he reached the final nine times and won four titles.

“Clay is definitely Casper’s preferred surface,” said Djokovic of his first meeting with the 34th-ranked Norwegian.

“This is where he feels most comfortable. It’s semi-finals and it is anybody’s game. I’ll do some homework and be ready for that one.”

Ruud – son of former player Christian Ruud – becomes the first Norwegian to reach the last four of a Masters tournament.

Ruud, 21, was relishing “a great opportunity for me to play against one of the big three”.

Berrettini’s elimination ended home hopes in the tournament which will be open to 1,000 spectators from Sunday’s semi-finals.

In the women’s competition, Simona Halep remained on track for a first Rome titles, advancing to the semi-finals after Kazakh rival Yulia Putintseva retired while trailing 6-2, 2-0.

Halep has twice finished runner-up in Rome in 2017 and 2018, and “really wants to win” the tournament.

“It’s one of the biggest goals now,” said Halep who is on a run of 12 consecutive victories after winning in Dubai in February and in Prague after the lockdown.

She will play Spaniard Garbine Muguruza, the ninth seed, for a place in the semi-finals after the Spaniard ousted US Open finalist Victoria Arazenka.