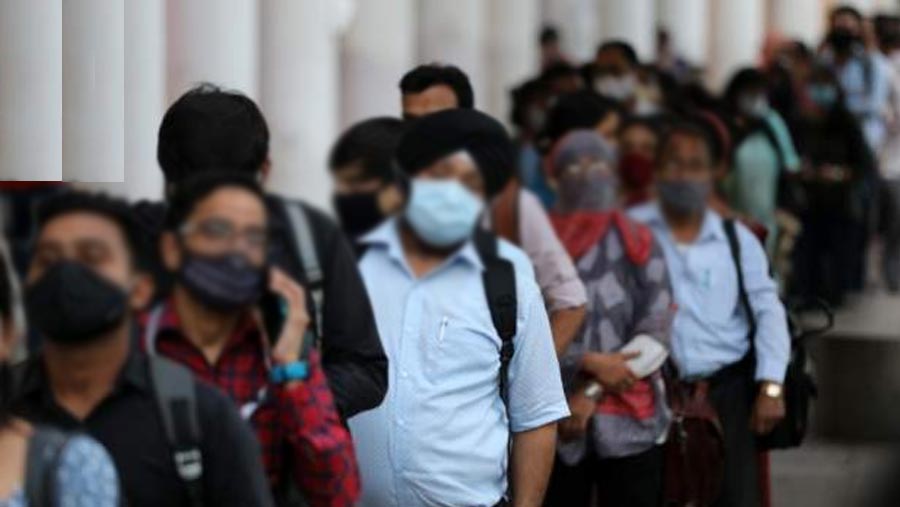 The number of confirmed cases in India has surpassed five million, according to officials. India has the second highest number of cases in the world after the U.S. More than 80,000 people have died. The death rate is lower than in many countries with a high caseload.

The number of confirmed coronavirus (Covid-19) cases in India surpassed five million on Wednesday (Sep 16). The Health Ministry reported 90,123 new cases in the past 24 hours, raising the total to 5,020,359 or about 0.35 percent of its nearly 1.4 billion population. 1,290 more people died during this period, taking the death tally to 82,066, reports said.

India’s coronavirus caseload is closing in on the United States’ highest tally of more than 6.6 million cases and expected to surpass it within the coming days.

India reported a record daily high of 97,570 cases on Sep 11 and has added more than 1 million cases this month alone.

Experts warned that India’s case fatality rate could increase in coming weeks with lockdown restrictions relaxed in many places except in high-risk areas.

Authorities have ruled out imposing a second countrywide lockdown as recoveries were growing at more than 78 percent.

Its fatality rate is 1.6 percent, far lower than 3 percent each in the US and Brazil, according to the Johns Hopkins Medicine and University.

Dr Gagandeep Kang, an infectious diseases expert from Christian Medical College in the southern Indian state of Vellore, said the increase in number of cases was inevitable. But the country still had the opportunity to try and restrict cases through a strategy of testing and isolating.

She said that the goal was for India to do enough testing to bring down test positivity rate, or fraction of tests that test positive to less than 5 percent or even less than 1 percent.