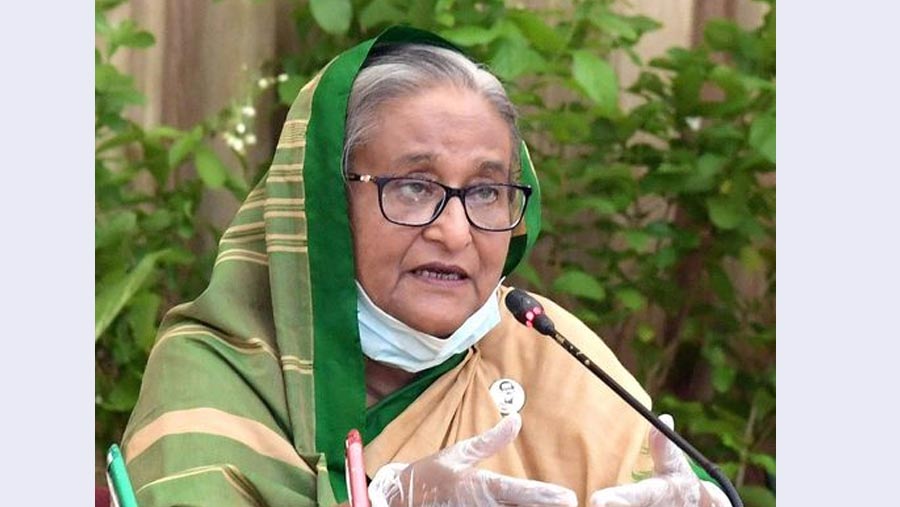 The cabinet on Monday (Sep 14) approved in principle a draft of the Local Government (City Corporation) (Amendment) Act, 2020, keeping a provision to hold elections to the city corporations within three months instead of the existing six months before expiry of their tenures. Chaired by Prime Minister Sheikh Hasina, the regular weekly cabinet meeting also gave consent to a proposal to celebrate Aug 8 every year as the birthday of Bangamata Sheikh Fazilatunnesa Mujib at the state-level.

The cabinet today approved in principle “The Local Government (City Corporation) (Amendment) Act, 2020″ bringing some changes to it, Cabinet Secretary Khandker Anwarul Islam told a news briefing at the Secretariat in Dhaka after the meeting, local media reported.

He added that the cabinet cut the existing six months period to three months for holding polls to the city corporations before expiry of their tenures.

The premier joined the virtual meeting through a video-conference from her official Ganobhaban residence while her cabinet colleagues got connected from the Secretariat.

The cabinet secretary said the newly elected representatives will take their charge within 15 days after taking oath in accordance with the proposed law.

“They will hold the maiden meeting within 15 days after taking oath and since the day of holding the meeting the term of previous corporation will be abolished no matter whatever was mentioned in other sections of the law about its tenure,” he said.

“The time has been curtailed to three months as waiting for six months or 180 days is practically a long time... Even after taking oath, they (the elected representatives) have to wait for taking the charge,” he opined.

The draft law also suggested curtailing down the three months leave of the mayors and councillors of the city corporations to one month in a year as they have to discharge executive functions alongside others.

Justifying the decision of reducing their leave to one month, he said, “They are the public representatives, they have executive, regular and financial functions.”

Besides, the cabinet approved a proposal to celebrate Aug 8 every year as the birthday of Bangamata Sheikh Fazilatunnesa Mujib at the state-level and include the day in the Ka Serial (list) of the gazette notification issued by the Cabinet Division, he said.

But, he said, that though the ordinance is being repealed, the relevant functions and its liabilities described in the ordinance are bestowed upon the company.

The cabinet also gave consent to the draft of Preferential Trade Agreement to be signed between Bangladesh and Bhutan, while it ratified the Framework Agreement on Facilitation of Cross-Border Paperless Trade in Asia and the Pacific.