Marseille end PSG curse as Neymar among five sent off 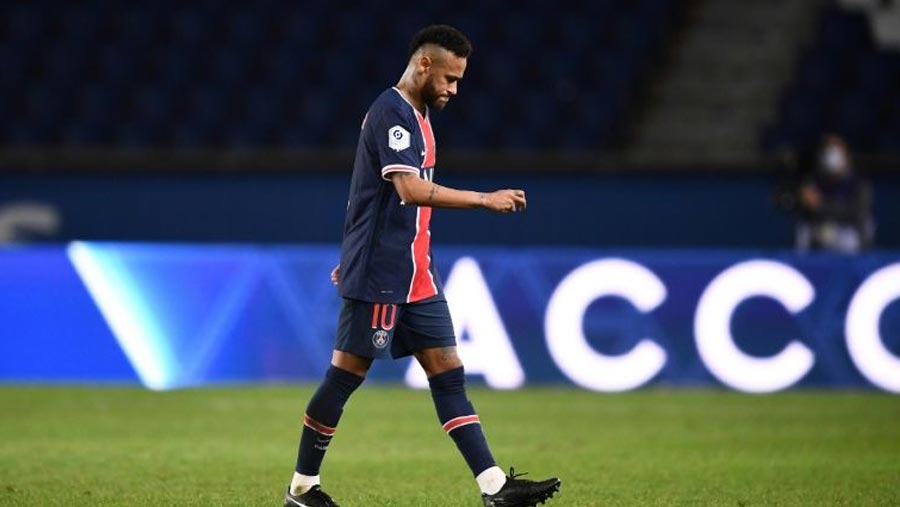 Neymar Jr. was sent off on his return from Covid-19 quarantine after reacting to an alleged racist slur as Marseille snapped their 20-match winless run against Paris Saint-Germain with a 1-0 victory over the reigning Ligue 1 champions on Sunday (Sep 13).

Florian Thauvin’s close-range volley on 31 minutes earned Marseille a first victory over their bitter rivals since November 2011 but an ugly scuffle at the end resulted in five red cards at the Parc des Princes.

Neymar, in his first game since testing positive for coronavirus last week, was dismissed in injury time for a slap on Marseille defender Alvaro Gonzalez.

The Brazilian appeared to accuse his opponent of racism as he followed red-carded teammates Layvin Kurzawa and Leandro Paredes down the tunnel after he was sent off following a VAR review.

PSG, who lost the Champions League final to Bayern Munich last month, have now lost their opening two games of a season without scoring for the first time since 1978/79 and the task for Thomas Tuchel’s coronavirus-afflicted side does not get any easier this month.

A frenzied schedule awaits, starting with the visit of Metz in midweek and a trip to Nice next Sunday, and Neymar now faces a suspension.